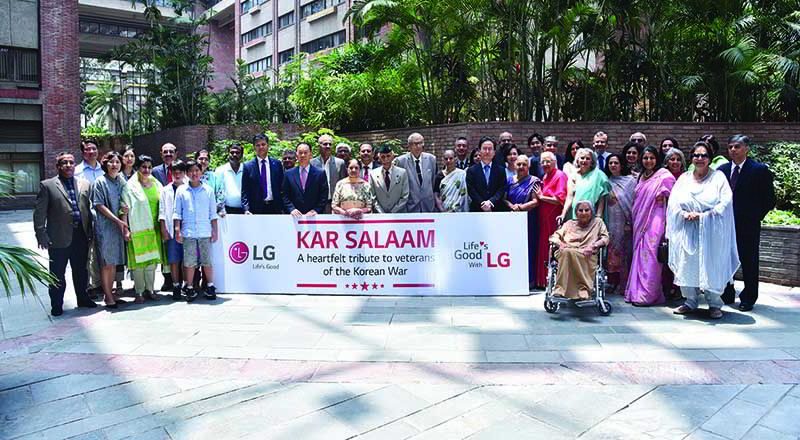 In an endeavor to showcase its gratitude towards Korean war veterans, LG Electronics India gratified the brave Indian soldiers who participated in the Korean war from 1950 to 1953. An event was organised at India Habitat center to facilitate the war veterans.

With an increased focus on well-being and good health, LG India presented the brave Indian soldiers and their families with LG air purifiers and LG water purifiers. It is also a reflection of the company’s core values to positively impact the lives of the people by doing good to the society.

Ki- Wan – Kim, Managing Director, LG Electronics India, said, “We at LG believe in building a responsible ecosystem that directly impacts the society as well as the business. The Korean War was one such incident that had an enormous effect on the lives of the people. It’s an honor for us to present a token of appreciation to the war veterans for their bravery and sacrifice during the Korean War. We must not forget their losses and contribute to their well-being in whichever way possible. Through such initiatives, LG wants to provide its innovative technology offerings to the consumers to build a sustainable world. Once again I would like to say that words are not enough to express our gratitude towards India and its brave soldiers who participated in Korean war which lead to restoration of democracy. 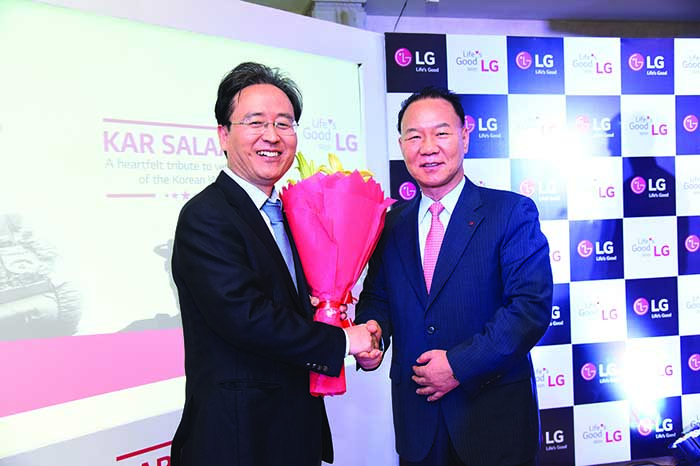 SHIN Bongkil, Korean Ambassador to India, who was also present at the event said, “India and Korea share a special relationship since beginning and have been each other’s support. The brave Indian soldiers played a pivotal role in restoring peace in the region during Korean war and we thank them for their contribution. And today, we welcome this initiative by LG India to gratify the brave Indian souls who stood by the Korean Forces during hard times.” 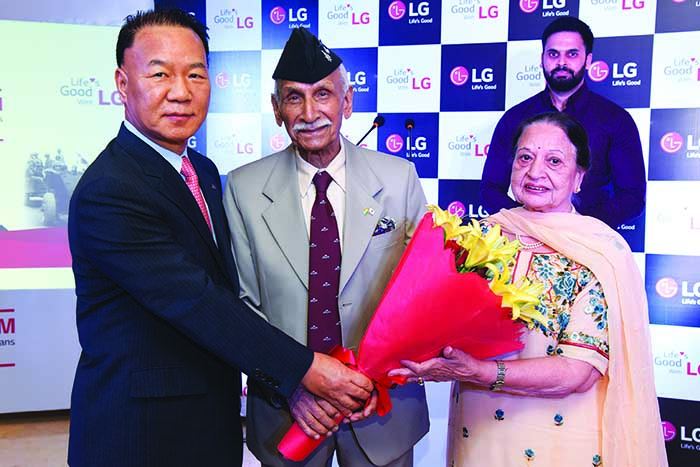 Lft Genral M.L Tuli, who is a Korea war vetran said, “I on behalf of the Korean War Veterans Association, India thank Ki Wan Kim, MD, LG Electronics India for arranging this special program to honor the efforts of our Indian soldiers. This kind of appreciation of the soldiers is very electrifying in the world. Also,in a short period of time Korea has become a great economy and growing in the field of automobiles, electronic, manufacturing and steel. It is almost three generations that South Korea has continued inviting the soldiers and seeing the overall development that veterans have made.” 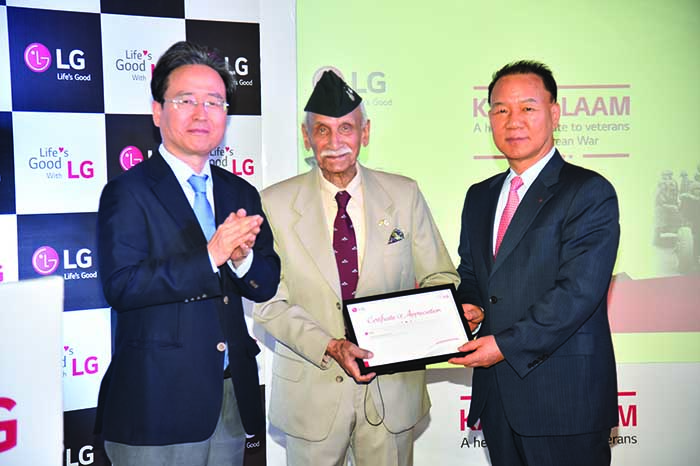 However this is not the first time that the South Korean electronic giant has shown such a gesture. The company leaves no stone unturned to extend their support and solidarity to the soldiers of the country who play a great role in ensuring that we citizens lead a fearless and good life in this country. 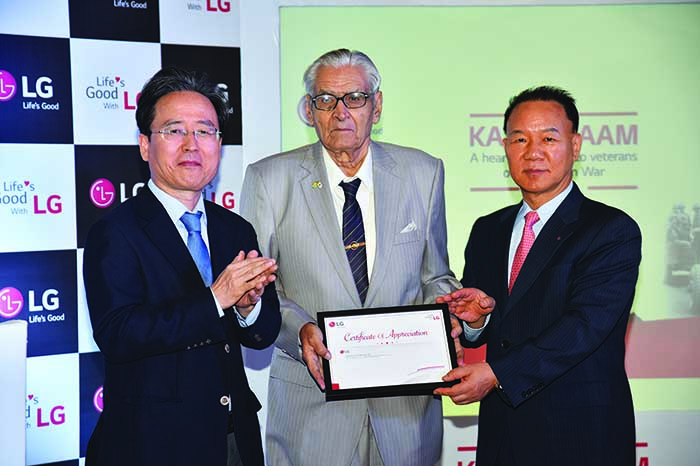 LG Electronics India had in January this year celebrated the 69th Republic Year of the country, with the launch of the #KarSalaam initiative, dedicated to the Indian soldiers. Kar Salaam is a platform to bring together the citizens of India to express their gratitude to the Indian soldiers. The selfless devotion our armed forces calls for salutation and there could not have been a better occasion than this year’s Republic Day to celebrate their galour, according to LG.

With an increased focus on well-being and good health, LG India  presented the brave Indian soldiers and their families with LG air purifiers and LG water purifiers. It is also a reflection of the company’s core values to positively impact the lives of the people by doing good to the society

The campaign invited the whole nation to come forward and send their wishes to the Indian Armed Forces. In 2017 also, LG Electronics India launched this campaign and contributed Rs.1 crore to the CRPF Welfare Fund. A Guinness record was also made for “the longest line of sticky notes”. These sticky notes were collected from across India where people wrote messages for the Armed Forces.

Through this initiave, LG saluted the soldiers’ spirit of selfless contribution and service towards the nation.

LG reached out to the citizens through radio, on ground and digital communication to capture the video wishes of the citizens of India for the soldiers. The company also planned to invite people through social media platforms and encourage them to #KarSalaam (express their gratitude to the soldiers). All the citizens were invited to post their wishes for soldiers on www.lg.com/in/karsalaam. LG also sought participation from the families of the soldiers to send their heartwarming messages to their near and dear ones, who brave all odds to protect our country.

As a part of this nationwide campaign, LG Electronics also contributed a range of products to the martyrs’ families. According to LG’s executives, these small gestures are a small step on behalf of LG for all those brave souls who are working extremely hard to keep the country and its citizens safe and secure.

The #KarSalaam initiative also won the best social and digital integrated campaign of the year award at the 2017 CMO Asia Awards.