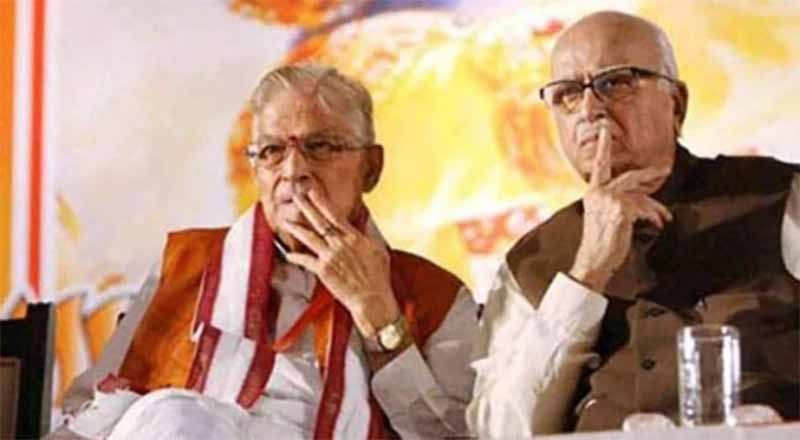 Ayodhya is all geared up for its much awaited Ram JanmaBhoomi Poojan that shall begin on August 5th. The poojan that shall happen on Wednesday will be attended by august political personalities. PM Narendra Modi, UP CM Yogi Adityanath are among the few names. No other CM is invited for the celebration, senior leaders and patriarchs of BJP, LK Advani, Murli Manohar Joshi (via video), RSS Chief Mohan Bhagwat, Yoga Guru Baba Ramdev, Senior BJP leader Uma Bharti are along the other few invitees.

LK Advani and Murli Manohar Joshi were accused for making  speeches that provoked the razing of Babri Masjid in 1992.

According to the report, the duo have been extended an invitation over the telephone and will also be sent physical invitation letters by General Secretary of the Ram Janmabhoomi Teerth Kshetra Trust, which was set up following a Supreme Court verdict on the Mandir-Masjid dispute in November 2019

The August 5 ceremony will mark the beginning of the temple’s construction. A decades-long title suit over the site at Ayodhya in Uttar Pradesh was settled by the Supreme Court in November last year by a 5-judge Constitution bench headed by the then Chief Justice Ranjan Gogoi. The apex court had cleared the way for the construction of a Ram Temple at the disputed site in Ayodhya, and directed the Centre to allot a 5-acre plot to the Sunni Waqf Board for building a mosque.

Sacred soil of Haldi Ghati, forts of Rani Lakshmi Bai, Shivaji and Durga devi and water from Mansarovar, Ganga Sagar and other oceans have also reached Ayodhya. This soil and water will be used in construction of Ram Temple.

Meanwhile the Shri Ram Janmabhoomi Teerth Shetra trust looking after the temple construction work has again appealed to all to remain at home and express their emotions on social media on the day of Bhumi Pujan.