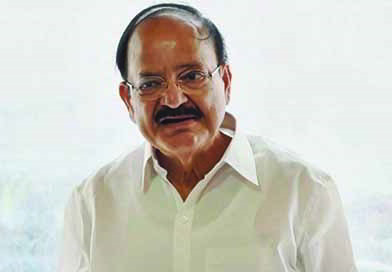 Naidu, while addressing the 4th Resilient Cities Asia-Pacific (RCAP) Congress 2019 organized by the International Council for Local Environmental Initiatives (ICLEI). He asked municipal administrators to accord priority to tree plantation, solid waste management, protection and rejuvenation of water bodies. Observing that a massive migration from rural to urban areas has become a reality, the Vice President said that education, entertainment, enhanced medical facilities and employment were the main drivers of such migration. He asked for collaborative efforts of governments at state and centre to reduce the divide by providing urban amenities in rural areas.

Opining that economic growth must take environmental protection into consideration, Naidu observed that dependency on fossil fuel must be reduced and new forms of energy sources such as solar must be explored. “It cannot be business as usual as far as development is concerned,” he added.

The Vice President called upon all the representatives of provinces and cities of various countries presented to adopt multi-dimensional and innovative approaches to ensure low emissions oriented development. He urged them to promote public transport in cities to reduce congestion and air pollution.

Observing that the green infrastructure was the need of the hour, he stressed the need to promote resource efficiency to achieve climate resilient urban development. Moving away from traditional metrics of measuring development, Naidu called for new urban infrastructure that was low-carbon, green and climate resilient. He also called for measures to ensure that urban solid waste is converted wealth by learning from the best practices followed globally.