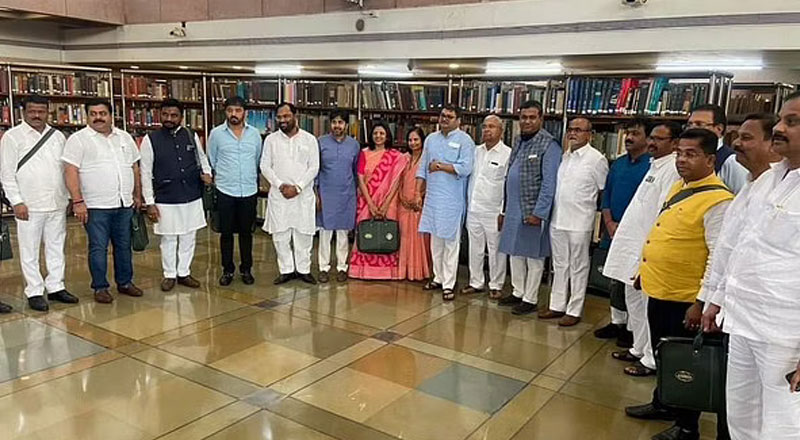 A tea party has been organized at the house of Shiv Sena leader Sanjay Raut in Delhi with MLAs elected to the Maharashtra Legislative Assembly for the first time.

After the tea party at Raut’s house, a dinner party has been organized for all these MLAs at the house of NCP leader Sharad Pawar.

To mark the occasion, we have also kept a dinner party,” he added. Prithviraj Chavan said that both the meetings will be a courtesy meeting only. (MANISH)