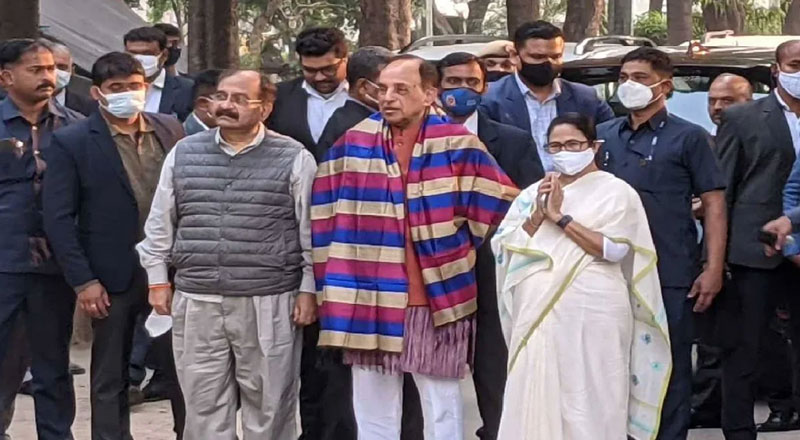 BJP leader Subramanian Swamy met with West Bengal Chief Minister Mamata Banerjee on Wednesday. After the meeting, Swamy laid speculations to rest about him joining the Trinamool Congress. “I was already with her (Mamata). There is no need for me to join the party,” he told reporters.

He later tweeted in which he compared Mamata to JP, Morarji Desai, Rajiv Gandhi, Chandrashekhar and other leaders, saying she shares their ‘rare quality’ of ‘meaning what they say and saying what they mean’.

The meeting took place at TMC general secretary Abhishek Banerjee’s official residence in Delhi around 3.30 pm. On Tuesday, Swamy was in Kolkata, where he met West Bengal Governor Jagdeep Dhankhar.

Mamata, later briefing reporters about this meeting with Swamy, said, “He is a senior BJP MP. You can meet anybody if a person is interested to meet you. There may be political differences but what’s the harm? This is our democracy.”

Swamy, who was dropped from the BJP’s national executive committee last month, has praised the TMC supremo on many occasions in the past. He had very recently criticised the Centre over its denial of nod to the West Bengal CM to visit Rome to attend a global peace conference in October.

He had also conveyed his “best wishes” to Mamata after she had sustained injuries to her leg while campaigning in Nandigram. The incident had sparked a war of words between the TMC and the BJP in the run-up to the Bengal assembly polls.