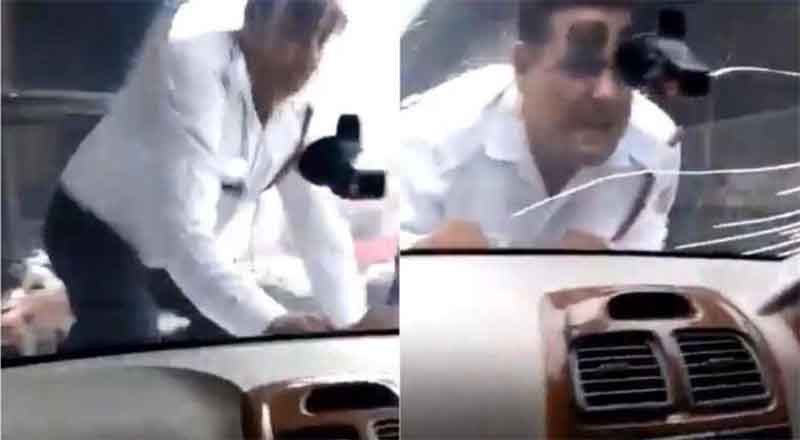 A man in Delhi dragged a traffic policeman, over his car bonnet, upto 2 km. The latter tried to stop him, when the man in the car came from another side. The police man asked the man to slow down and show him the papers.

Instead of stopping the vehicle, the accused rushed and dragged the cop for a distance of about two kilometres.

Meanwhile, the co-passenger shot the incident on his phone, in which the cop was seen hanging onto the bonnet of the vehicle. After continuous requests, the man decreased the speed of the vehicle and allowed the cop to get off the car. He then fled from the spot.

The cop suffered minor injuries in the incident, officials said. After nearly two months of the incident, the clip has gone viral on social media that prompted the police department to begin a probe in the matter.