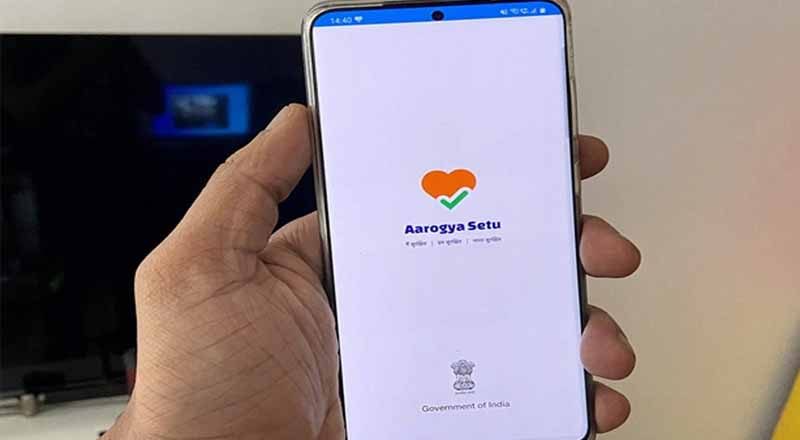 The Ministry of Home Affairs has made it mandatory for government and private sector employees to use the COVID-19 contact tracing app Aarogya Setu as it extended the lockdown for two more weeks post May 3 but with certain exemptions.

The Aarogya Setu App mandatory for people living in the coronavirus Containment Zones inside the 130 districts identified as the Red Zones. The government considers the App to be a handy coronavirus containment tool which can be used to assess the level of risk an individual is exposed to viz a viz Covid-19 infection.

The new guidelines says, the use of the Aarogya Setu app is mandatory for all employees and it shall be the responsibility of the head of the respective organizations to ensure 100% coverage of this app among its employees, the Ministry of Home Affairs (MHA) said in its directive.

Any negligence, if proven, on the part of a director, manager, secretary, or any other official shall lead to punishment, the order said. The order came as the government extended the lockdown enforced in the country to combat the spread of Covid-19 to two more weeks.

According to the order, private offices can operate with up to 33% work strength in red zones from May 4 and remaining employees working from home but there is again no clarity on the maximum workforce allowed to function in green and orange zones.

The government has divided India’s districts into red, orange, and green zones depending on the number of positive COVID-19 cases.

This announcement comes three days after the central government had mandated all its employees, including outsourced staff, to download the app. An office memorandum was issued with directions to be strictly followed for the safety of all government officials even as serious privacy concerns have been raised with the app.

Meanwhile, the government is also planning to expand the Aarogya Setu app to all feature phones as well through an interactive voice response system (IVRS). It is looking to partner with telecom operators Bharti Airtel, Reliance Jio, and Vodafone-Idea for the same.

However, the app has also alarmed some activists and people alike over privacy issues. Many experts are concerning on the disclaimer policy. If there any vulnerability found on the app, who will be held responsible. It has not written since this app is owned by the Government. Privacy experts have been expressing serious concerns over the kind of surveillance the app could lead to.

The digital privacy platform Internet Freedom Foundation (IFF) had recently stated in a tweet thread that “Aarogya Setu has a direct impact on the privacy, cybersecurity of every user. These issues cannot be accounted for by a privacy policy. It requires significant legal and technical changes.” However, the government has denied the privacy breach charges as baseless and that the app will be used for surveillance.