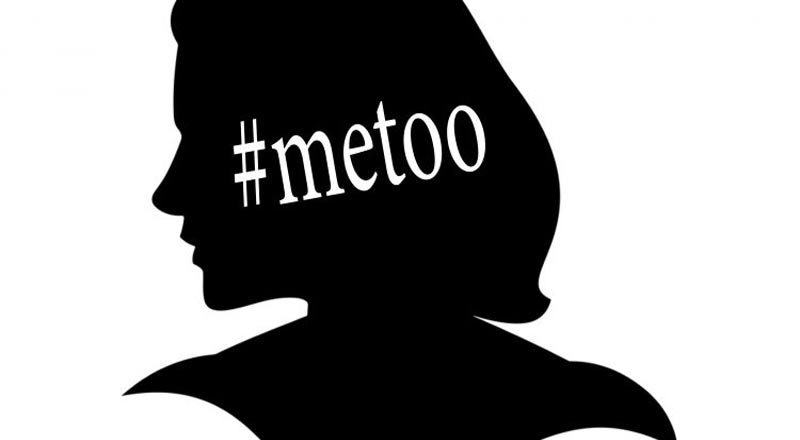 #MeToo, an online campaign that supports the survivors of sexual abuse, assault and harrassment, has recently taken social media by storm. Although it has gained popularity over the last two months, and the initiative actually began 10 years ago. Seems, Tanushree Dutta emerges as the movement leader of #MeToo.

The #MeToo India movement was sparked by actor Tanushree Dutta reviving her sexual harassment accusation against veteran Nana Patekar last month harassment on a film set 10 years ago, seems it is going to show a newer paradigm to the Bollywood. It could divide into various groups and sub groups.

In India #MeToo movement has speeded like a wildfire and it is good for the Twitter company for the promotion of it’s website. Working women and celebrities are coming forward on social media with stories and details of various forms of sexual harassment and misconduct. These stories are really painful for the persons who has done the act. Now a question arises on the authenticity? What keeps victims silent for such a long time? What law and action will be taken now, as these crimes were acted long back , Will there be any action and prosecution to start, after such a long gap of years, if it is so, then upto what extent ?

Once allegations of sexual harassment are made public, the big question that arises is how the organisation and businesses associates with alleged perpetrators will react. Do they cut ties? Do they attempt to ignore the problem until it goes away? How he will be treated in the public on their reputation and image? Seems Film, Media industry and now there are certain cases even from the corporate world is also coming to the lime light.

There are few other names such as Vikas Bahl, Alok Nath, Rajat Kapoor and Varun Grover, Chetan Bhagat, Sajid Khan and M.J. Akbar, Minister and Former Editor, sexually harassed and molested a female colleague. Key take away is, most film companies still don’t have adequate measures in place to protect women at the workplace. The situation is not helped by the fact that voluntary private organizations like the Cine & TV Artistes Association (CINTAA) or the Producers Guild of India do not hold the authority to either take legal action against the accused or file a complaint on behalf of the victim. They can only build moral pressure.

Several women have accused former DNA editor in chief C.P. Surendran of behaving inappropriately with them. Karishma Upadhyay, a freelance journalist, said Surendran commented on her breasts while she was working with Bombay Mirror in the early 2000s. She said most girls who worked in Bombay Times around this time experienced harassment or inappropriate behaviour from Surendran.

To support India’s #MeToo movement, actor Akshay Kumar cancelled the shoot of his work-in-progress film ‘Housefull 4’, in which he co-starred with Nana Patekar, whom actress Tanushree Dutta accused of sexual misconduct. ‘Housefull 4’ is directed by Sajid Khan, who was recently pencilled in the #MeToo allegations by three women. Akshay said said in a statement, I’ve requested the producers of ‘Housefull 4’ to cancel the shoot until further investigation. Now, a question comes, is really Akshay came to know about these exploitation  in the Film Industry for the first time  on his carrier?

People are stupid to believe that bollywood biggies did not know about these dirty secrets. Everybody knows everything!

They’ve been working with him for years. Only now when things have come out, these big celebs will back out and dissociate themselves and give statements about women empowerment and how the law must work. But all these years have ignored this issue because why would they? None of this ever came in the way of their payments and fame.

Now if they keep working with these shameful people, they know their public image will be tarnished. After all public image is everything to them. But people cannot admit that their so called stars, who they worship are Hypocrites! Now just see how many Big Stars will give positive statements and fool people all over again, with the statement like women empowerment and safety. It is just started, a miles to go.

Social media giant Facebook, which has a 35% female workforce globally, has made its sexual harassment policies public on its website, including details on reporting procedures, how cases are investigated and anti-harassment training. “Harassment, discrimination, and retaliation in the workplace are unacceptable but have been tolerated for far too long,” Facebook chief operating officer Sheryl Sandberg said in a blog .

With the recent #MeToo wave in India, many people are reacting to the situation. There are some people like actor Govardhan Asrani who are calling this entire movement ‘a publicity stunt’ Listen in!

Urmi Bhattacheryya, the gender editor at The Quint, accused Shibaji Roychoudhury, a film-critic at Times Now and Zoom TV of being a “sexual predator” and narrated an incident when Roychoudhury had groped her. Numerous other women responded to her tweet and said they had also been harassed by Roychoudhury.

#MeToo movement is gearing up in India as the headline in television, newspaper and the popular social media, with the number of high profile names have come up, who are regularly featured in Page 3, Suhel Seth, 55, of sexual harassment, at least four women of predatory behaviour, including one who said she was a minor at the time of the alleged incident,

Seth has been accused by filmmaker Natashja rathore,27,who posted a number of screenshots of a WhatApp message,what happened recently in a condo on Gurgaon. She wrote, ”You shoved your tongue down my throat even when I resisted- I whacked your head and said “ behave yourself”. You put hand into my kurta and grabbed my breast and I remember whacking your hand too and pulling it off”. Other three complaints are also similar to it.

Now, is it the nature of a personality behind the screen. It has to come to the lime light.

The Delhi government on Monday set a deadline of November 30 for all formal institutions and organisations in the city to form internal committees (ICs) which is mandated under the Sexual Harassment of Women at Workplace.