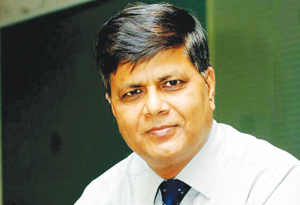 Our mobile is our most valuable possession, probably more valuable than our purse! If there was such a situation, the girl should have dialled the number herself and preferably put it in speaker mode.

A young lady, fresher from a famous Management Institute, visited my office recently in connection with a business opportunity for her company. Like good Business Development Executives, she had already done the homework of knowing about me from LinkedIn and other social media pages. She was aware about my blogs and on a personal note she wanted an advice on the ordeals that she was subjected to recently.

The Mobile Hacking Incident that she explained is very alarming but common. All of us can face situation such as stalking, banking fraud, cheating etc. if we are casual towards handing of our mobile devices.

The girl was travelling to her home for a Holi break by Shatabdi Express. The person sitting next to her was a young gentleman of about 30years of age, traveling to the same destination. The girl was busy listening to music using earphone and spent most of her time either napping or reading novel. During the travel the boy initiated talk many times, but with brief responses, the girl avoided. Most of the time the boy was busy on his laptop.

As they were about to reach their destination, the boy became little uneasy with his phone. He looked worried and turned towards the girl. Appearing to be in hurry, the boy said that he didn’t realise that his mobile got discharged and will take some time to charge. He had to talk to his father about his arrival and requested for her mobile to make a call to his father who was supposed to receive him at the station. The girl obliged.

The girl then got busy packing her bag. The boy seemed to be dialling some number and after trying a couple of times he finally spoke to someone. With thanks and sense of gratitude, the boy returned the mobile to her. They reached their destination.

The Ordeal after the Mobile Hacking Incident

Later in the day the girl finds a WhatsApp message from the boy with a wish to meet. The girl, unhappy with the surprise message, blocked the WhatsApp number. After few hours she gets an SMS with a request to unblock WhatApp and a proposal to meet. The girl ignored. She then gets a WhatApp message from another number with a couple of her photographs stored in her mobile. The boy appreciated her look and dress. The girl was frightened. This time she ignored. There were some incoming calls also, which the girl didn’t take.

Next day, the girl went to the local market with her mother. She was astonished to see the boy entering the store and waving at her. Quite upset, the girl asked her mother to return home immediately. She hurriedly removed the SIM from her mobile and started using her mother’s mobile.

The next day was even more frightening. She got a message on Facebook. Wondering how the boy could get her Facebook profile, she just ignored the message again.

Just a day before she met me, she was again terrified to find the boy near her office approaching her. She hurriedly went inside her office premises and shared the ordeal with her friend. When she checked her private email account later in the day, she had a mail from this boy. He was just pleading for a meeting as he ‘had developed too much liking for her’.

On advice of the friend, she decided to lodge a police complaint against the unknown person. She was not very sure about the effectiveness of this step and associated inconveniences that she could face.

The next day when she visited me, she was still carrying the same mobile but with SIM borrowed from her friend and was still getting the WhatsApp messages. Of course, she was not responding.

What Really Happened in the Mobile Hacking Incident?

It appears that while the boy was pretending to be dialling a number, he actually used the mobile Internet to connect to his laptop/server to pull a Trojan into the mobile.

With a Trojan successfully installed into the mobile, the boy was able to capture all text messages, call details, Facebook profile, email addresses, media files including photographs and video stored in the mobile. He also has access to her locations as she had kept the GPS and location enabled in her mobile.

In a nutshell, the boy knew almost everything about her, including her family, friends, hobby, movements etc.

So many stalking incidents in recent days correlate with this incident as to how the stalker knows where the victim is!

Most of us possess a mobile and are always connected to the Internet. We ignore the fact that the mobile has become our identity. It has our precious private data such as calls made, messages sent, photographs clicked and saved. With control on this device everything including our movements can be tracked.

The following precautions can save us from such ordeals –