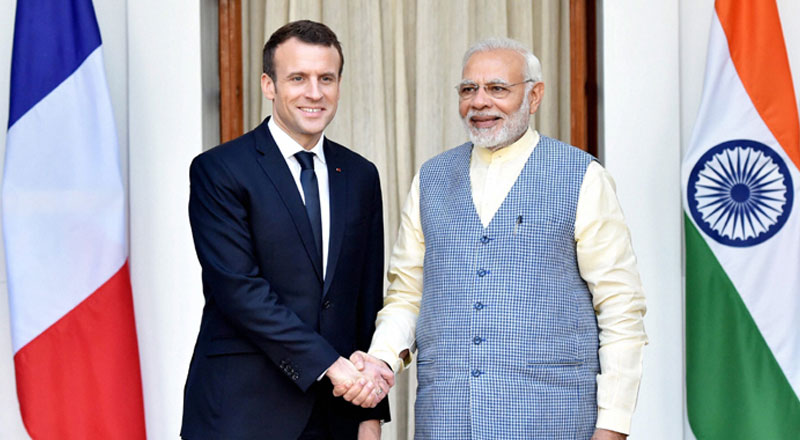 Prime Minister Narendra Modi is expected to travel to Europe from May 2 to 6 to have bilateral meetings with re-elected French president Emmanuel Macron and German chancellor Olaf Scholz, apart from addressing the India-Nordic summit in Copenhagen, according to people familiar with the matter.

With Macron getting re-elected as French president for the second term with a resounding vote, PM Modi is expected to drop by in Paris to meet and greet the leader of one of India’s closest bilateral partners.

India and France have very close political and defence relationships with both sides willing to assist each other in areas of critical and emerging technologies apart from having similar views on the Indo-Pacific.

Being strategic partners, India and France are expected to move ahead on Modi’s Atmanirbhar Bharat project by manufacturing air-independent propulsion submarines and high thrust aircraft engines in India apart from mapping the Indian Ocean bed.

Modi and Macron also have personal relations with each other and the latter understands the Indian position on the Ukraine war.

As Russia continues its Ukraine campaign relentlessly, the war in Europe will be on top of the agenda of Modi’s visit to Nordic countries, with Germany re-evaluating its stance on Moscow. Germany has been a huge trade partner to both Russia and China but the Ukraine war and the new chancellor have made Bonn think about its national security.

While Modi will push for closer bilateral relations with Nordic countries with a repaired relationship with the host Denmark, investment, clean technologies and trade will be high on the agenda. Unlike in the past, the Nordic countries want to have closer ties with India.

While the exact date and time of Modi’s meetings are a work in progress, the Indian leader will try to rekindle the bilateral relationship with German chancellor Scholz.

Under the Angela Merkel regime, Germany had forged very close trade ties with China by selling high-end automobiles to Beijing and still has a huge oil and gas relationship with Russia. However, the Russian invasion of Ukraine has been a game-changer with Germany deciding to increase its defence expenditure and buy fighter jets from the US for its air defence.