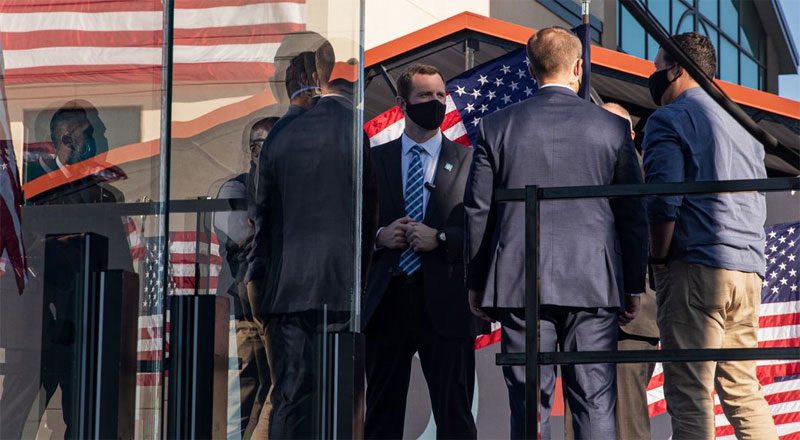 Over 130 US Secret Service officers infected or quarantining in wake of Trump’s campaign travel and about 10 percent of President Trump’s Secret Service team has been sidelined due to COVID-19 as cases soar in the US.

As per washingtonpost, the spread of the coronavirus — which has sidelined roughly 10 percent of the agency’s core security team — is believed to be partly linked to campaign rallies that President Trump held in the weeks before the Nov. 3 election, according to the people who, like others interviewed for this report, spoke on the condition of anonymity to describe the situation.

The latest outbreak comes as coronavirus cases have been rapidly rising across the nation, with more than 177,000 new cases reported Friday.

The virus is having a dramatic impact on the Secret Service’s presidential security unit at the same time that growing numbers of prominent Trump campaign allies and White House officials have fallen ill in the wake of campaign events, where many attendees did not wear masks.

Among those who are infected are White House Chief of Staff Mark Meadows and outside political advisers Corey Lewandowski and David Bossie.

In addition, at least eight staffers at the Republican National Committee, including Chief of Staff Richard Walters, have the virus, according to officials at the organization. Some of those infected are in field offices across the country, including Pennsylvania, where some believe they were exposed in large staff gatherings, an official said.