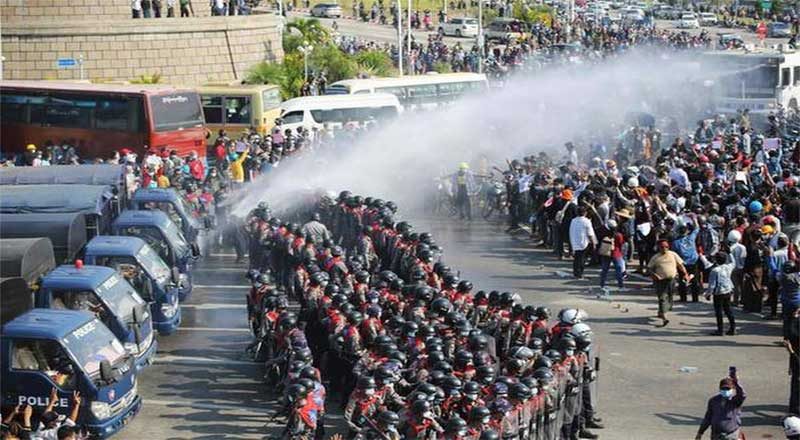 Ever since the overthrow of Aung San Suu Kyi’s government in February, Myanmar has been in turmoil once again. In one of the worst ever violence, the National Unity Government (NUG) that was formed to resist the army’s Feb. 1 takeover, clashed with Myanmar’s ruling military, leaving at least 20 killed.

The NUG apparently called on Tuesday for a revolt against military rule, in its effort to coordinate groups fighting the army and convince soldiers and state officials to switch sides.

Clashes that erupted on Thursday continued till late on Friday in Thantlang in Chin state, bordering India, news reports said.

BBC Burmese said 10 people were killed in Myin Thar in the Magway region of central Myanmar, while the Irrawaddy news website reported 17 casualties, among them minors.

However, the reports of the clashes could not be verified as the military tightly controls information and its media outlets.

Influx of Myanmar nationals to Mizoram

Around 150 people from Myanmar’s Chin State have been feared to have crossed over to Mizoram in the past few days following airstrikes by the military. Mizoram, which began enrolling some 400 refugee children more than a week ago fears another phase of the influx of Myanmar nationals.

The Myanmar military offensive is believed to be the response to the call for a nationwide uprising by the country’s National Unity Government in exile.

“I received a report yesterday [Friday] about the bombing from a villager, who lives near the Mizoram-Myanmar border. He told me the border residents saw Myanmar fighter jets bombing a Burmese village called Lungler,” Mizoram’s Home Minister Lalchamliana said on Saturday.

He said more refugees would pour into Mizoram if the air strikes and other military action continue.

Officials said an estimated 10,000 refugees have already sought shelter in four of these districts since March. The refugees are currently lodged in community and public halls and school buildings.