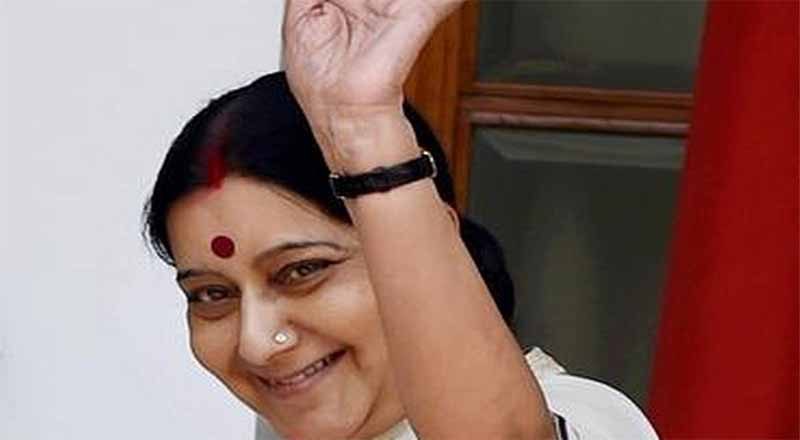 Sushma Swaraj, whose sudden death has left the nation in grief, She is the ‘supermom’ of India, former external affairs minister Sushma Swaraj passes away at the age of 67 at All India Institute of Medical Sciences (AIIMS), New Delhi, after a massive cardiac arrest.

Sushma Swaraj was admitted to the hospital around 10.15 PM, from where she was taken to the emergency ward. The body of former Union minister Sushma Swaraj will be kept for three hours at the BJP headquarters on Wednesday for people to pay tributes, BJP working President JP Nadda said.

The body will be cremated with full state honours at Lodhi Road Electric Crematorium in Delhi around 3 PM today. Prime Minister Narendra Modi expressed grief over the charismatic leader’s death. In a series of tweets, PM Modi said Swaraj’s demise was a “personal loss” for him. “She will be remembered fondly for everything that she’s done for India. My thoughts are with her family, supporters and admirers in this very unfortunate hour,” Pm Modi said.

Leaders from every party are shocked by news of sudden demise of the veteran BJP leader, came together to pay their last respects. Today, we felt as a major loss to India,by hearing this shocking news of Sushma Swaraj’s to the country .

Just a couple of hours before the fatal heart attack, Ms. Swaraj had expressed her happiness at the removal of special status for Jammu and Kashmir thanking Prime Minister Narendra Modi for making it possible “in her lifetime” to see the event.

PM Modi paid rich tributes to Ms. Swaraj, saying: “A glorious chapter in Indian politics comes to an end. India grieves the demise of a remarkable leader who devoted her life to public service and bettering lives of the poor. Sushma Swaraj Ji was one of her kind, who was a source of inspiration for crores of people.”

Ms. Swaraj, 67, had a long career in politics known for her skilled oratory and had been, at 25 years, the youngest-ever Cabinet Minister in the Haryana government led by the late Devi Lal. A lawyer by training, Ms. Swaraj was part of the legal team put together by the Opposition when socialist leader George Fernandes was arrested around the Emergency. Since she and Swaraj Kaushal, who was also involved with the Socialists, were part of the legal team and had to travel to Mumbai together, their law professor and later Chief Justice of India A.S. Anand suggested that they get married, a story later recounted by her with much relish.

Ms. Swaraj  had a kidney transplant a couple of years ago made her opt out of electoral politics, and later also from the new Cabinet formed by Mr. Modi in his second term.Her death has brought to a close an important chapter in Indian politics.