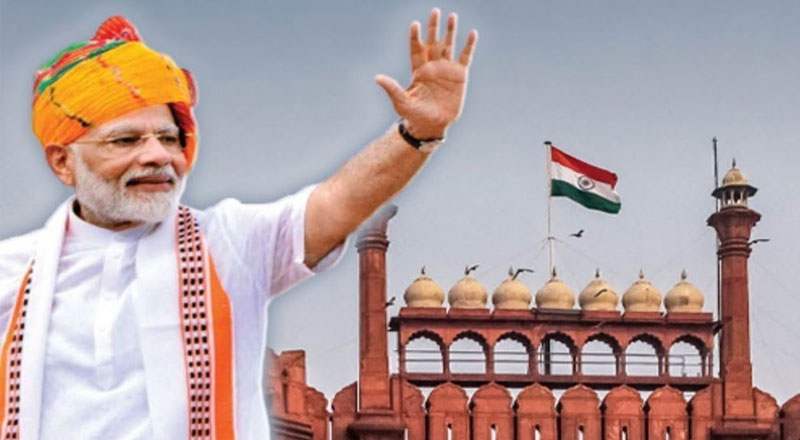 Prime Minister Narendra Modi is focusing on creating a road map to meet Indian youth’s aspirations so that they can play a pivotal role in achieving the vision of developed India in Amrit Kal, by 2047.

Youth is the growth engine of any nation, and India is blessed to have the highest percentage of young population. More than 30% of its population is below the age of 30, which makes India a country with the highest population of youths in the world. But the demographic advantage is also accompanied by challenges.

Prime Minister Narendra Modi is focusing on creating a road map to meet Indian youth’s aspirations so that they can play a pivotal role in achieving the vision of developed India in Amrit Kal, by 2047.

The government’s 4 E model seeks to strengthen Education, Employment, Entrepreneurship, and Excellence. Under PM Modi, India got its New Education Policy (NEP) after a gap of 34 years. It offers flexibility, both in terms of choice of subjects but also in terms of offering multidisciplinary learning approach against the rigid and decades old curriculum-based learning. Since 2014, the Government of India has increased its spending on education, which can be ascertained from the fact that 7 IITs, 7 IIMs, 14 IIITs, 13 Central universities, and 16 AIIMS have been established in the last eight years.

There has also been a substantial increase in the number of seats offered in medical and engineering programmes all over India. The number of MBBS seats has increased from 50,000 in 2013-14 to 70,000 while the number of MD seats has gone up from 25,000 to 33,000 in this period. In addition, a great emphasis has been laid on inculcating the spirit of innovation and research amongst the youth. More than 10,000 Atal Tinkering Centers have been established at school level across India to boost innovation, creativity, and imagination in young minds, and inculcate skills such as design mindset, computational thinking, adaptive learning, and physical computing.

The government also introduced Skill India Mission in 2015, which provides a platform to impart hands-on training in emerging areas to the youth. More than 1.2 crore youth have been trained under the Skill India Mission in the last eight years which has opened up many national and international job avenues for them.

As for employment opportunities, the Government of India has given a major boost to manufacturing sector by introducing Production Linked Incentive (PLI) schemes for various sectors, such as telecommunications, automobile, semi-conductor, and others. This will generate 60 million new jobs in the next five years. In addition, it has announced 10 lakh government jobs in various PSUs and government departments. During the last two months, 1.5 lakh job offers have been given to newly inducted recruits in various government departments and ministries by PM Modi.

The PM has also ensured that India also builds a new generation of entrepreneurs who can become the future job providers for the youth. With this mission, the Government launched the Start-Up India Mission. The success of this mission can be ascertained from the fact that India today ranks third globally in the start-up ecosystem with more than 84,000 new start-ups established during the last eight years. The government has disbursed a total of Rs. 15.52 lakh crore of loans to 29.55 crore MSE borrowers under PM Mudra Yojana.

In the field of sports, the Modi Government has introduced Khelo India games so that budding sportspersons can be nurtured and groomed early. On the one hand Khelo India games provide a level playing field to the youth of all the states and union territories while on the other hand it trains young sports-persons for international competitions. Year after year many young talent has emerged from Khelo India Games. Thanks to it, India achieved its highest medal tally in both Olympics and Para-Olympics games at Tokyo.

Youth forms the core of PM Modi’s aspiration for new and developed India. It’s time the youth also rise to the occasion and channelise their energy towards nation building.