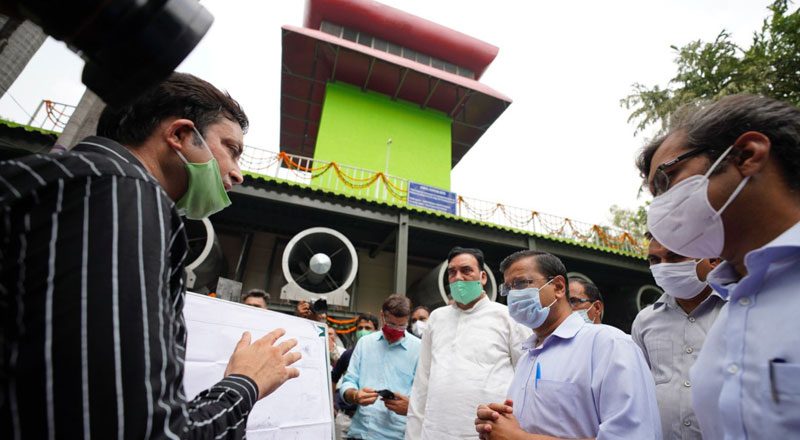 CM Arvind Kejriwal has inaugurated the “country’s first smog tower” at Connaught Place in Delhi and said it will prove to be a milestone and many such structures can be installed in the city if the pilot project yields results.

Kejriwal said, “This is the first such smog tower in the country. It’s a new technology. We have imported it from the US. The structure will suck polluted air from above and release clean air from below. It will purify 1,000 cubic metres of air per second”.

PM 2.5 refers to fine particles which penetrate deep into the body and fuel inflammation in the lungs and respiratory tract, leading to the risk of cardiovascular and respiratory problems, including a weak immune system.

Since it’s a new technology, it is being implemented on an experimental basis.

Tata Projects Limited (TPL) built the smog tower with technical support from IIT-Bombay and IIT-Delhi, which will analyse its data.