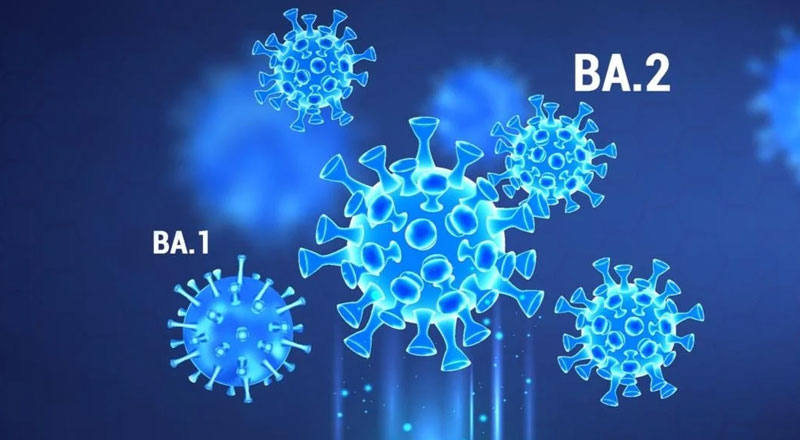 As the fear of a fourth wave triggered by Omicron BA.2 lingers, a section of experts from Kolkata have warned that the symptoms of Covid-19 during the fourth wave may be completely different from the previous ones.

The experts have pointed out that this time people may experience symptoms related to the stomach or intestines. The biggest disadvantage of Omicron BA.2 sub-lineage is that the virus could be difficult to be detected in RT-PCR tests.

Also known as Stealth Omicron, many countries of Europe and some countries of Asia are already witnessing a rapid surge in cases due to the BA.2 variant. The biggest concern about this variant is that it is affecting the stomach rather than the lungs, causing symptoms such as abdominal pain, nausea and diarrhoea.

Experts in Kolkata say it’s possible that the virus has now changed its pattern and is affecting the stomach, instead of cough or shortness of breath.

Talking about other symptoms of BA.2, Professor Dipendra Sarkar of the Institute of Post-Graduate Medical Education and Research has said that this variant is likely to be mild. Hence, it should be no more harmful than the common cough and cold.

The results of the tests can be inaccurate because the virus cannot be detected in the nose or mouth.

But transmission can also happen through the stomach. Therefore, it is possible that the major symptoms will now be centred around the gut rather than the respiratory tract.

In countries where the fourth wave has hit, muscle fatigue has been another common symptom. Experts in Kolkata pointed out that this was common during the third wave as well. During the third wave, weakness in the limbs was the most common complaint, along with cough and fever.