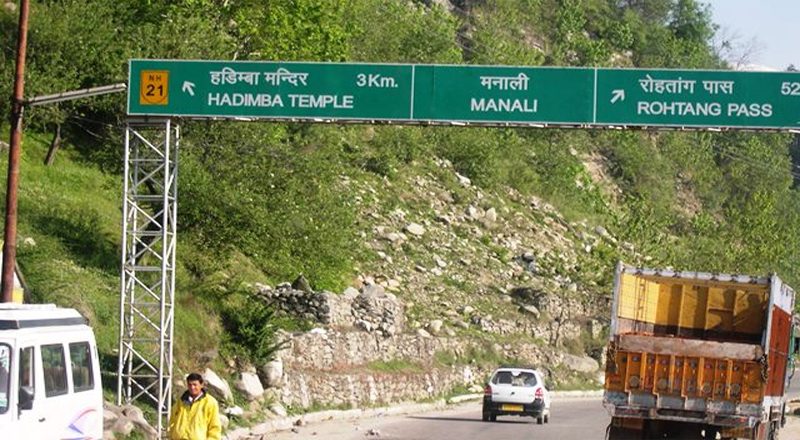 The Cabinet Committee on Economic Affairs, chaired by the Prime Minister Shri Narendra Modi, has approved the four laning of Pandoh Bypass to Takoli’ section of National Highway (NH)-21 in Himachal Pradesh. This is a sub project of the National Highways Authority of India’s (NHAI) larger project for four laning of NH-21 from Kiratpur in Punjab to Manali in Himachal Pradesh. The other four sub– projects of this project include – Kiratpur-Nerchowk, Nerchowk-Pandoh, Takoli-Kullu and Kullu-Manali. Work on three of the sub-projects is already going on, and is likely to start shortly for the fourth sub project.  Completion of all five sub projects will provide all weather connectivity to important tourist destinations like Kullu and Manali and further upto Leh.

The cost of the Pandoh-Takoli sub project approved is estimated to be Rs.2775.93 crore including cost of land acquisition, resettlement and rehabilitation and other pre-construction activities. The total length of the road to be developed is approximately 19 kms.

This work will be done under National Highways Development Project (NHDP) Phase IV B on Hybrid Annuity Mode.

The four laning of NH 21 from Kiratpur to Manali will help in reduction in accidents and saving of precious human lives due to construction of tunnels in the accident prone land slide areas. The distance from Kiratpur to Manali will get reduced by 38 km, resulting in time saving of approximately three hours. This will result in huge saving in terms of fuel consumption and wear and tear cost of vehicles. The project will generate huge employment to the locals residing along the project length which will also help them in getting job opportunities in future.

NHAI is also executing the four laning of NH-22 from Parwanoo to Shimla (including Shimla Bypass). The length of this project is 89.71 km and the cost is Rs. 2739 cr. The work has already been started in the stretch from Parwanoo to Solan. The project construction from Solan to Shimla is likely to commence shortly.