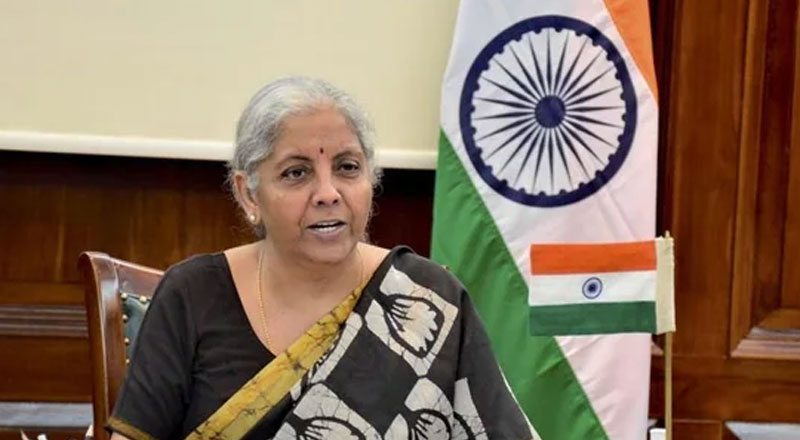 Finance minister Nirmala Sitharaman, who has been in the United States, spoke on India’s purchase of oil and weapons from Russia amid the Ukraine war.

Finance minister Nirmala Sitharaman, who has been in the United States this week, on Friday spoke of the Washington-New Delhi ties in context of India’s geography, stressing that ” a friend can’t be weak”. “You can choose your friend but not your neighbour,” the finance minister said as she explained that “India does not have an option to relocate” and, accordingly, the country has to take a “calibrated stance”. Her comments came in the backdrop of questions linked to India’s purchase of weapons and oil from Russia, which has been facing global sanctions over the Ukraine war.

In a video tweeted by news agency ANI, the 62-year-old leader, while answering a question, says: “Every bettering of relationship with the US… there is a recognition that there is a friend there but the friend’s geographical location is to be understood. And a friend can’t be weakened for any reason. We have to understand the geographical location. The northern borders are at tension… the western borders are at odds…and there’s Afghanistan… It’s not like India has a choice to relocate.”

Invoking former prime minister and BJP veteran Atal Bihari Vajpayee, she added: “You can’t choose your neighbour… you can choose your friend. Your neigbhourhood is what you have. If the US wants a friend, it won’t want a weak friend. So, we are taking decisions because we need to know where we are, given the geographical locations.”