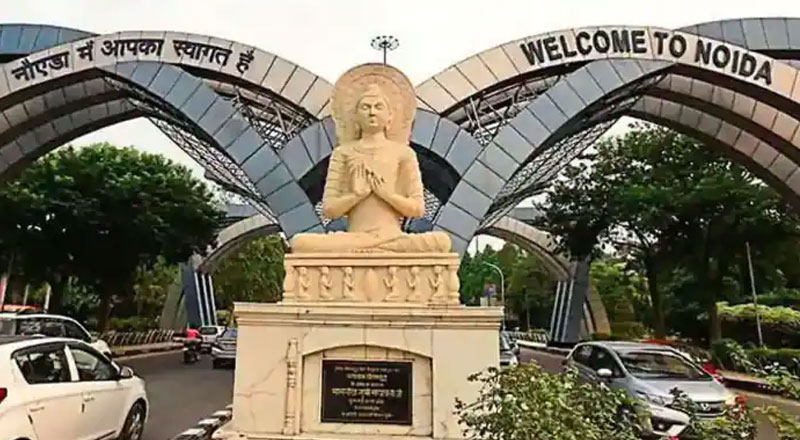 The stinging remarks were made in the performance audit report of the Comptroller and Auditor General (CAG) of India on “Land Acquisition and Allotment of Properties in NOIDA”, tabled in the Uttar Pradesh Assembly on Friday.

The New Okhla Industrial Development Authority (NOIDA), which was formed by the Uttar Pradesh government in 1976, has failed to achieve its main objective of industrialization, according to a new CAG report.

The stinging remarks were made in the performance audit report of the Comptroller and Auditor General (CAG) of India on “Land Acquisition and Allotment of Properties in NOIDA”, tabled in the Uttar Pradesh Assembly on Friday.

In a note of allotment of industrial plots, the report stated, “The main objective of NOIDA is to develop the industrial area. NOIDA developed 18.36 percent of land for industrial use, of which only 32.91 percent area could be made functional by March 2020.”

“Thus, the actual functional industrial area was only five per cent of the total area which shows that NOIDA has failed to achieve its main objective of industrialisation,” the CAG noted.

Asked about the CAG’s audit, the NOIDA Authority said it was yet to study the report, which runs around 500 pages and covers years after 2005.

“Gaps in allotment which had been highlighted in the past are being streamlined now. There have been certain areas of concern pointed in draft report, some of which were agreed to by us while to some others NOIDA had presented counter facts also. Final report is yet to be studied,” NOIDA CEO Ritu Maheshwari told PTI.

“The detailed report is yet to be studied by us and we will take action as per the government’s directions to us,” the senior IAS officer added. The CAG report also highlighted discretion in allotment due to absence of parameters.

The audit evaluated the reasons, constraints and loopholes causing delays in the development of industrial area and observed that the system of allotment was “riddled with infirmities”, the report stated.

“Allotments were made on the basis of interviews of applicants by the PAC (plot allotment committee), which conferred a large amount of discretion on the PAC. No parameters were prescribed for the PAC for evaluating the applicants/projects,” it stated.

“PAC adjudged the application as satisfactory or unsatisfactory, without detailing the basis of its judgment. As a result, cases of undue favors in allotment were noticed and discretionary allotments were made,” it noted.

The CAG also noticed in its around 500-page report instances of NOIDA management directing the PAC to reconsider their selection or rejection of the proposed allotment.

As per the UPIAD Act, 1976 the objective of the Authority shall be to secure the planned development of the industrial development area. Though NOIDA has been in operation since April 1976, it was only in July 2017 that the UP government entrusted its audit to the CAG. Thereafter, in January 2018, the government-appointed CAG as the sole auditor from the year 2005-06 onwards, according to the report.