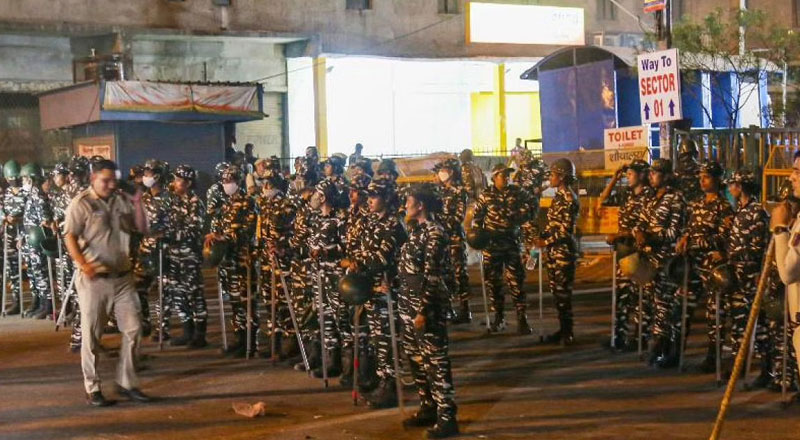 The North Delhi Municipal Corporation (NDMC) has asked for an adequate police force to carry out a demolition drive in Prem Nagar, Rohini zone and other surrounding areas.

Amid the ongoing anti-encroachment drive at various places in the national capital, the North Delhi Municipal Corporation (NDMC) has sought adequate police force to carry out the demolition drive. The civic body authorities have especially demanded female police officers to remove the unauthorised encroachment on public and government land in Prem Nagar, Gali no 6 ward no 098N and its surrounding area on Thursday at 11 am.

A demolition drive will also be carried out in Rohini zone, NDMC, in ward no 25 N and 60 N and other surrounding areas for which 400 police personnel have been asked. It is pertinent to note that Delhi BJP Chief Adesh Gupta is a councillor of the same ward in Prem Nagar.

On Tuesday, an anti-encroachment drive was carried out in Delhi’s Mangolpuri by NDMC, reported news agency ANI. NDMC Commissioner Sanjay Goel said that the civic body removed temporary encroachments from Mangol Puri, Y-1 block in ward no 46 with the help of local police.

The NDMC officials removed approximately 66 temporary structures along with wooden counters and pipes with the help of bulldozers. During the encroachment removal drive, three dumpers and trucks were deployed along with manpower, NDMC officials and an sufficient police force to maintain an adequate law and order situation.

The anti-demolition drive was an attempt to clear pedestrian walkways and roads from encroachments to ease the traffic and pedestrian movement, the officials said. NDMC commissioner Sanjay Goel said that the anti-encroachment drive is a routine process of the North Delhi civic body.