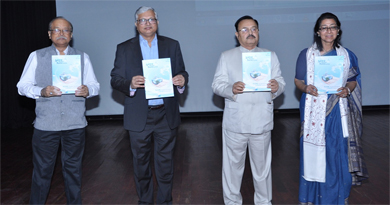 The program was attended by a large number of employees and was also telecasted live to all offices and locations of NTPC.