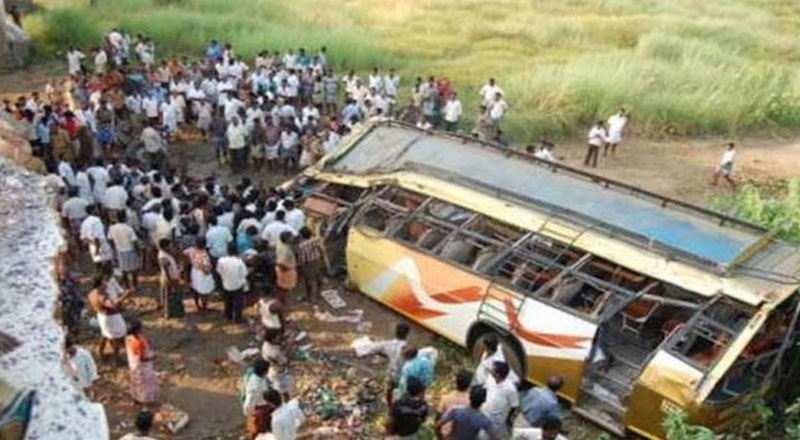 The bus was going towards Tamil Nadu from Puri when it overturned and crashed on the highway near Rambha in the Ganjam district, said the police.

According to the police, the bus had around 50 passengers and four survived major injuries out of the 25 injured.

A project of highway widening is underway near the accident spot.

Ganjam district magistrate and Chhatrapur sub-collector visited the spot. A rescue squad was also called in for the injured. Further details are awaited. (MANISH)