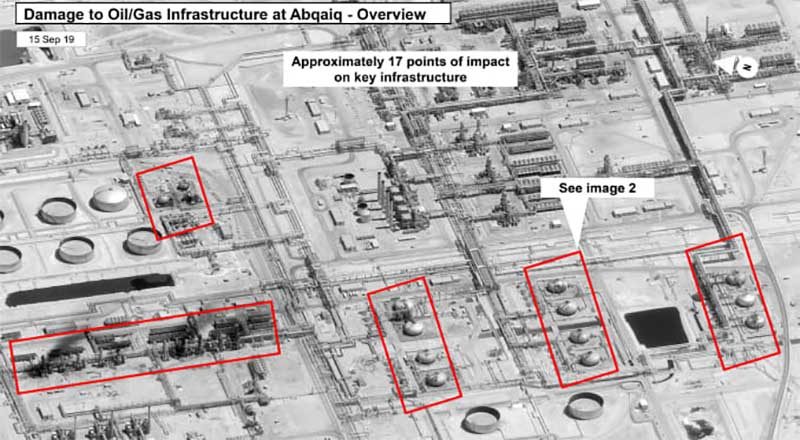 There is suspected coordinated drone attack on Saudi Aramco’s oil production facilities, including a crude-processing plant in Abqaiq, on Saturday and the future hikes will depend on how quickly Saudi Arabia reverts to earlier output levels and the According to analysts, a roughly $10 per barrel increase in the price of crude oil results in a ₹5 /litre rise in petrol and diesel prices  .

President Trump on Monday downplayed the dangers of the attack on Saudi Arabian oil facilities wreaking havoc in international oil markets. He said the US is well positioned because of both the strategic petroleum reserve and US energy output.

“Well we have the strategic, if you look at what we have we have tremendous amounts of oil in our country. We’re independent of everybody now. We have more than anybody else. We’re the number one energy producer in the world, which took place very recently and we will soon be substantially more than anybody else. So it won’t affect us and ultimately I don’t think it will affect the world either — but it won’t affect the United States,” Trump said.

Saudi Aramco’s oil production facilities, Armaco produces more than half of crude output from the world’s top exporter – five percent of the global oil supply  and cut output by 5.7 million barrels per day. Subsequent to the attack, Saudi Aramco had announced curtailment of production by almost a half and the tension rises in wake of Saudi oil attacks but US Secretary of State Mike Pompeo swiftly accused Iran of being behind the assault, without providing any evidence. The claim was rejected by Tehran which said the allegations were meant to justify actions against it.

Saudi Arabia, meanwhile, has promised to “confront and deal with this terrorist aggression”, while US President Donald Trump hinted at possible military action after Riyadh concluded its investigation into the attacks. Saudi Arabia invites global experts to investigate attack. Riyadh said it would “invite United Nations and international experts to view the situation on the ground and to participate in the investigations” .

“The kingdom will take the appropriate measures based on the results of the investigation, to ensure its security and stability,” a statement from the Saudi Ministry of Foreign Affairs said.

Saudi Arabia “affirms that it has the capability and resolve to defend its land and people, and to forcefully respond to these aggressions,” the statement added, calling the attack “an unprecedented act of aggression and sabotage” and an “egregious crime which threatens international peace and security.”

Indian oil refiners — both in public and private sector — are primarily dependent on crude oil from Saudi Arabia.Though the government maintained that Saudi Arabia has assured supply, it is also closely watching the situation as the oil market remained volatile.