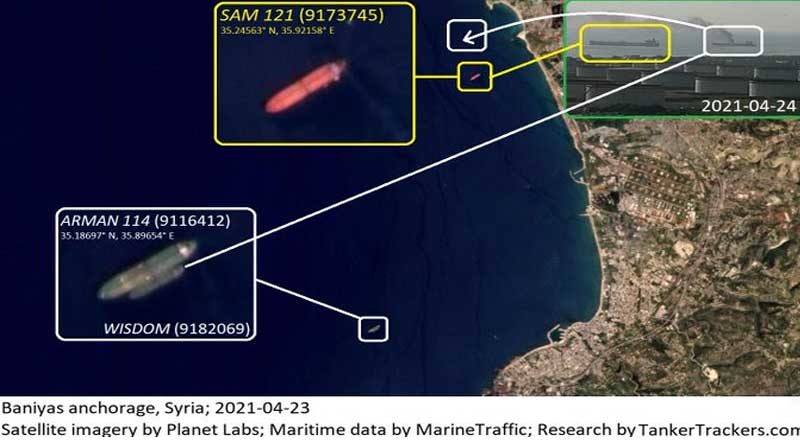 An unidentified oil tanker off Syria’s Banias refinery after a suspected drone attack.

Syria said that a fire erupted on an oil tanker after a suspected drone attack that originated from the Lebanese territorial waters.

It provided no further details and didn’t specify where the tanker was arriving from. Syria, heavily sanctioned by the West, relies on crude oil imported from Iran amid regional tensions involving Israel.

Firefighters have extinguished a fire on an oil tanker off Syria’s Banias refinery after a suspected attack by a drone coming from the direction of Lebanese waters.

There is possible of the drone attack. As per the Syrian state news agency SANA, cited an oil ministry statement, gave no further details about what it said was a drone attack.

It said the fire erupted after “what was believed to be an attack by a drone from the direction of Lebanese waters”.

Iran’s Arabic-language Al-Alam TV said there was some damage to an Iranian tanker but no casualties. But Iran’s Tasnim news agency, quoting “certain sources”, said: “The accident happened to another vessel … and is not linked to a ship carrying Iranian cargo.”

According to a war monitor, the Britain-based Syrian Observatory for Human Rights (SOHR), at least three people were killed.