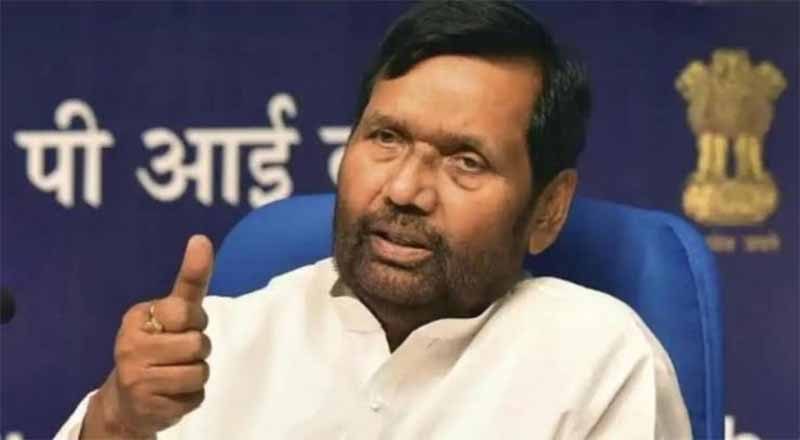 Union Minister Of Consumer Affairs, Food and Public Distribution Ram Vilas Paswan said that the center has implemented ‘One Nation One Ration Card’ in 12 cities in the states of Andhra Pradesh, Gujarat, Maharashtra, Haryana, Madhya Pradesh, Tripura and Jharkhand.

Under this scheme, the beneficiaries can buy subsidised food grains from ration shops in any of these 12 states. The scheme has come to effect initially in 12 states and will be implemented in other states by June 2020.

These states will provide portability of Public Distribution System (PDS) entitlement using Point of Sale (PoS) machines, which have been installed in all ration shops in these states.

Eligible beneficiaries like migrant labours and daily wagers will be able to avail their entitled food grains under the National Food Security Act form any Fair Price Shop (FPS) at subsidised rates using the same ration card, after biometric/AADHAAR authentication on the PoS machines.

The new mechanism will ensure no poor is deprived of the PDS entitlement, if that person shifts from one place to another. The system will also help remove fake ration card holders, the minister said.