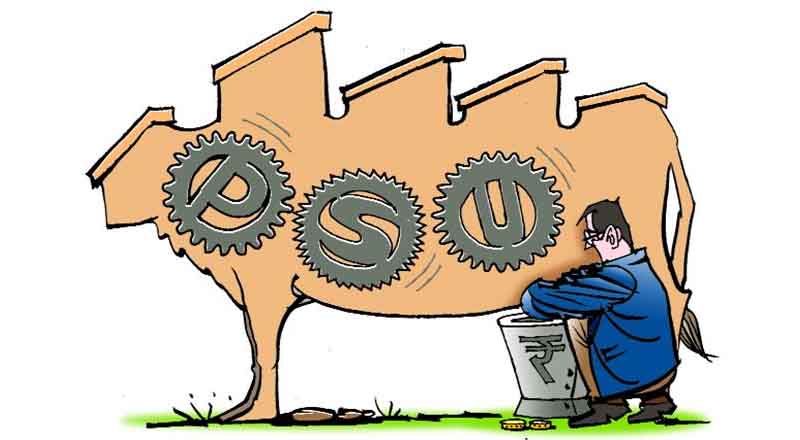 Due to the COVID-19 outbreak, the Indian government, like governments across the globe, faces the unenviable task of protecting lives and livelihoods while tax and non-tax revenues have plummeted. Dividend receipts from the RBI, public sector banks, financial institutions and public sector undertakings (PSUs) accounted for a tenth of Government of India’s (GoI) revenue receipts in FY2020 (revised estimate).

Historically, RBI has been the single largest contributor to GoI’s dividend receipts. In the February 2020 Union Budget, the government had projected a 36% increase in dividend payments from PSUs to Rs 65.747 crore in FY21. This target is unlikely to be achieved if PSUs continue to pay the government cash dividends.

The government must require all profitable PSUs to pay stock dividends for FY20 and FY21. PSUs conserve cash in an environment of uncertainty and declining profits by paying stock dividends.

The Indian government may adopt multiple methods to monetise stock dividends. First, it may raise (say) 5-year loans by pledging the shares received as dividends. Share prices of most PSUs are off their highs.

The money raised through pledging shares at the current juncture will be lower than in a bull market. However, share prices are bound to appreciate when the economy recovers; thereby requiring the central government to sell fewer shares than it had pledged to repay its debt.

Second, GoI may inject the shares it has received as stock dividends in the Bharat-22 ETF. Third, GoI could sell the shares received as dividends to private-sector institutional investors and blue-chip companies that maintain sizable investment portfolios such as Reliance Industries, Infosys and TCS. GoI must negotiate with private sector institutional investors and high net worth retail investors with moderate to high-risk appetites to subscribe to the Bharat-22 ETF and affect bilateral share sales. Increasing Bharat-22 ETF’s corpus and selling shares in a bear market requires considerable investor engagement on GoI’s part; it is, however, not an impossible task.

Timing the market is challenging even for professional investors. However, GoI selling its ITC stake, which generated an estimated Rs 614 crore of dividend income in FY19 and is currently valued at around Rs 16,000 crore, during a cyclical downturn is short-sighted. This move diminishes the capital gains GoI could potentially earn and results in a loss of recurring dividend income.

Overcoming the Covid-19 pandemic and ensuring the economy gets back on track is more important at the current juncture than addressing the macroeconomic weaknesses of high government indebtedness and fiscal deficit. GoI’s initial Rs 1.7 lakh crore relief measures, equivalent to 0.8% of GDP, was minuscule in comparison to those announced by similar-sized countries; now, the PM has announced that the relief measures will be expanded to total Rs 20 lakh crore.

GoI must not lose the upside potential in its PSU divestments and compromise on future dividend income while fighting the current crisis.

Raising loans against its PSU stakes is a more prudent financing tool than outright share sales during a cyclical downturn. While GoI’s interest expense will increase, maintaining ownership stakes in PSUs at current levels will enable GoI to capitalise on the economic recovery to repay debt and earn higher capital gains.

The Indian government must adopt a fiscally sound strategy to finance relief measures. For GoI to successfully monetise PSUs’ stock dividends and borrow against PSU shares, engaging with fundamentally sound banks and institutional investors on a war footing is an essential prerequisite.