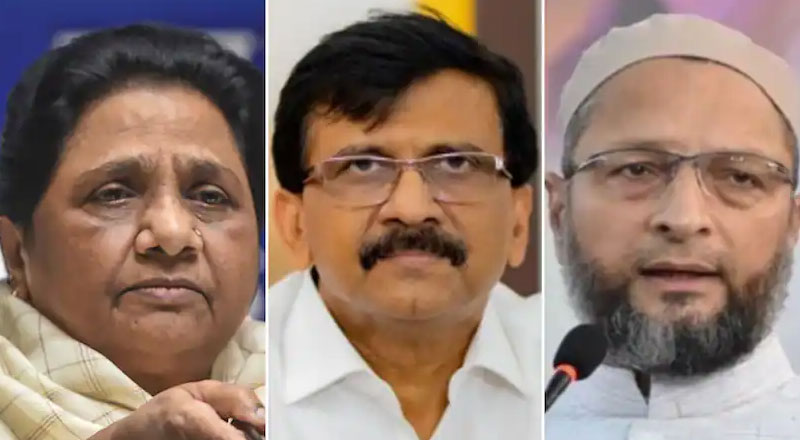 Just before the oath-taking ceremony of Yogi Adityanath as the Chief Minister of Uttar Pradesh for the second consecutive term on Friday, Shiv Sena MP Sanjay Raut has accused the AIMIM of paving the way for the BJP win.

When asked if the recent political state of affairs was an indicator that neither the Modi factor had ebbed nor the anti-BJP narrative worked, Shiv Sena leader Sanjay Raut said that AIMIM chief Asaduddin Owaisi was responsible for the present state in Uttar Pradesh and the BJP coming to power.

“I congratulate the BJP’s bhaiyya Owaisi and behan Mayawati. They have helped in bringing about such a big change in Uttar Pradesh,” said Sanjay Raut.

The Sena Member of Parliament said that the central government was hand in glove with the various central agencies in “an effort to harass and intimidate the state government and Shiv Sena”.

“For a long time we have been saying that they are misusing the central agencies and using all the demonic ways to attack us. Every day they come out with one accusation or the other. They have a list and want to put us behind bars. We will also see what they have got,” said Sanjay Raut.