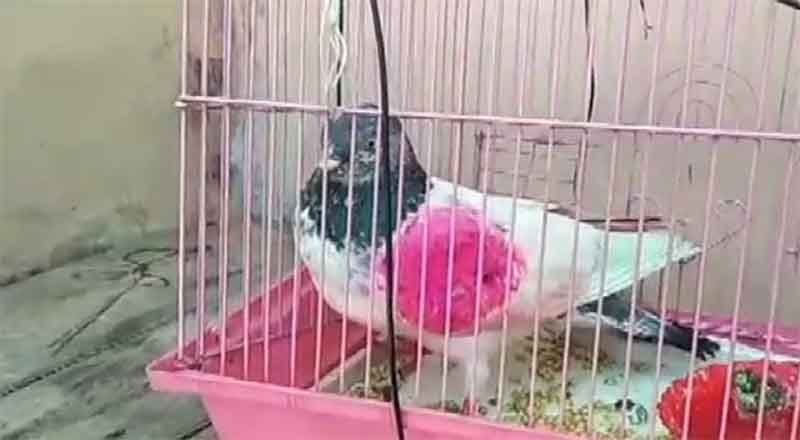 A Pakistani man has threatened to protest on border if his pigeon Golden Madi is not returned to him that was held in India on the charges of spying. 42-year-old Habibullah has claimed that the alleged spy detained by Indian forces is his pet female pigeon and demanded an apology from the Indian government and media.

Habibullah said, “On Eid day, I let about 12 pigeons, including Golden Madi, fly. All pigeons returned except Golden Madi. I have almost 250 pigeons and have been keeping pigeons for the last 30 years or so. I just want my Golden Madi back so that she can participate in pigeon competition.”

Habibullah further claimed that the code attached to the bird is actually his mobile phone number. He explained the reason saying that owners attach contact numbers to pigeons’ feet so that people could return them.

The Pakistan pigeon flyer whose pigeon is being touted as spy #pigeon is surprised as to why his contact number has been propagated as a spy code.

He urged PM Modi & Imran Khan to help in bringing his pigeon back to him in 48 hours otherwise he would stage a protest at the border.