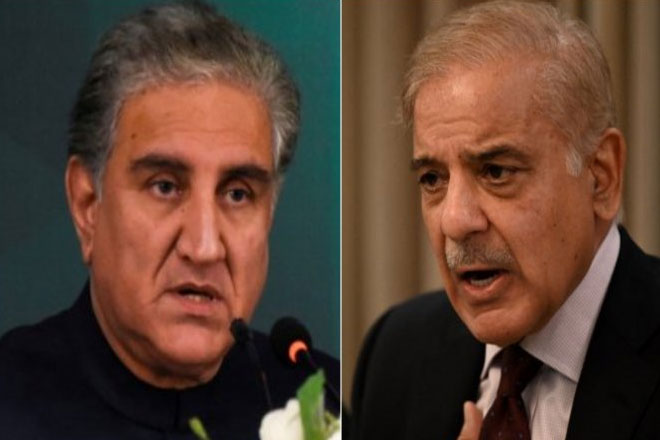 After failing the no-confidence motion moved by the opposition following a day-long political drama, Prime Minister Imran Khan-led government in Pakistan on Saturday midnight. The votes in favour of the resolution were recorded by as many as 174 members.

Pakistan’s parliament had begun voting on a no-confidence motion against Khan, ending a 13-hour impasse over the vote he was expected to lose.

Incidentally, no prime minister has ever completed a full term in Pakistan, with the army ruling the state for half its 75-year post-colonial history.

However Khan is the first to lose office through a vote of no confidence. According to sources, the voting came after the country’s powerful army chief General Qamar Javed Bajwa met Khan.

Lower house speaker Asad Qaisar, a member of Khan’s Pakistan Tehreek-e-Insaf party, who had adjourned the house three times on Saturday, announced his resignation saying that “the country’s interests must be the priority”.

Khan’s allies blocked the no-confidence motion last week and dissolved the lower house of parliament, prompting the country’s Supreme Court to intervene and allow the vote to go through.

Khan as well as his supporters claim that there is a foreign conspiracy to oust him.

The cricket star-turned-politician, Imran Khan was brought to power in 2018 with the support of the military but recently lost his parliamentary majority when allies quit his coalition government. He enjoyed widespread popular support when he took office.

Opposition parties alleged that Khan has failed to revive an economy battered by Covid-19 or fulfil promises to make Pakistan a corruption-free, prosperous nation. According to some analysts, Khan has fallen out with the military, a charge he and the military denied.

Khan late on Friday said he was disappointed with the top court ruling but accepted it. But he said he would not recognise any opposition government that replaced him.

“I will not accept an imported government,” he told the nation in a late-night address, suggesting the move to oust him was part of a foreign conspiracy and calling for peaceful protests on Sunday. “I’m ready for a struggle.”

Meanwhile, the joint Opposition – a rainbow of socialist, liberal and radically religious parties – named 70-year-old Sharif for the premier’s post while ex-foreign minister Shah Mahmood Qureshi was named by Khan’s Pakistan Tehreek-e-Insaf (PTI) as its candidate. The PTI has decided to withdraw its lawmakers from the National Assembly and launch a movement against the new upcoming government, which is likely to be headed by Sharif, who has served as the Chief Minister of Punjab three times.

Sharif’s party on the other hand threatened to withdraw its lawmakers from Parliament if the former Punjab chief minister was allowed to contest the election for the top post on Monday.