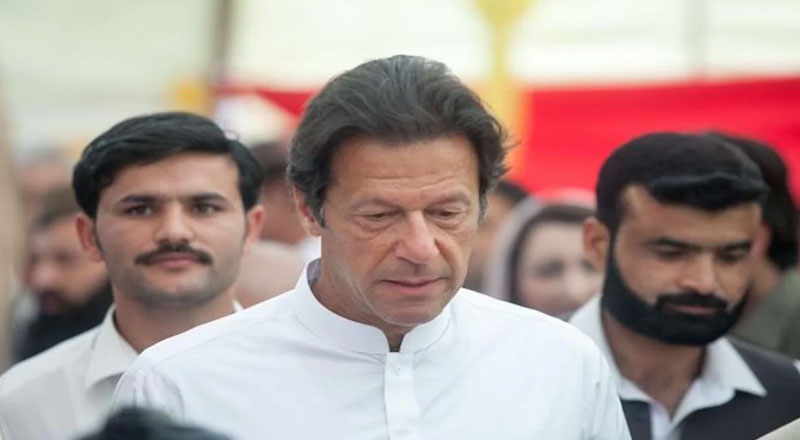 The opposition parties in Pakistan have finalised their strategy for not allowing any adjournment of the session without tabling of the motion, as the National Assembly is all set to convene today morning to
discuss the no-confidence motion filed against Prime Minister Imran Khanled Pakistan Tehreek-e-Insaf (PTI) government.
The top leaders of the opposition met on Thursday night to give the final touches to their strategy for the no-confidence motion. It was decided in the meeting that a meeting of the parliamentary parties of the opposition would be held one hour before the assembly session, The Express Tribune reported citing sources. According to a report, the opposition would lodge strong protests if the proceedings were adjourned.

This comes after speculations that the speaker of the National Assembly Asad Qaiser may adjourn the session till March 30 or 31, reports said. Before the session, a meeting of the Pakistan Peoples Party Parliamentarians (PPPP) will be convened at the Zardari House in Islamabad with former president Asif Zardari and PPP Chairman Bilawal Bhutto Zardari in the chair.

Talking to the media, PPP Senator Farhatullah Babar said that the joint opposition would also hold a parliamentary party meeting on Friday (today). We have the numbers. PTI’s allies will support us on the no-confidence,” Babar told
reporters. “When the voting takes place, everyone will be surprised. Maybe some ministers will also join us.

On the other hand, the ruling PTI has not issued any special instructions to its members for attending the session as the session has been requisitioned by the opposition, the report said.

Imran Khan’s situation is precarious given that three of the four allies, that is, MQMP, PML-Q and BAP have stated their support to the Opposition’s no-confidence motion and said that they will vote accordingly Upset with the news of allies joining the opposition camp, Imran Khan, in a last-ditch attempt, recently dispatched a team of senior PTI leaders to meet the allies and assure them that their reservations would be addressed.

Adding to Khan’s woes, almost 20 members from his own party had recently sought refuge in the Sindh House in Islamabad, and are expected to vote in favour of the noconfidence motion.

The Opposition parties in Pakistan on the other hand hold the support of 162 members of the house and are expected to be joined by the three ruling coalition parties during the vote, helping them cross the majority mark, with 179 members supporting the no-confidence motion.