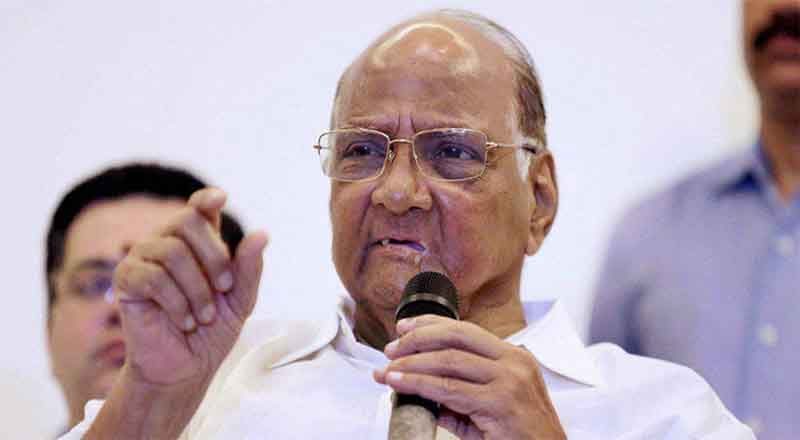 Questioning about the Tablighi Nizamuddin event that turned out to be a hotspot for the country, NCP Chief Sharad Pawar asked for the one who gave permission for the religious congregation. The Maharashtra govt earlier denied permission for a similar gathering here, Pawar pointed out in a live interaction with people on Facebook. He said two large gatherings were earlier proposed in Maharashtra one near Mumbai and another in Solapur district.

Permission for the gathering near Mumbai was denied in advance, while police took stern action against the Solapur event (organisers) for violating the state advisory, he said.

“If Maharashtra Home Minister Anil Deshmukh and Chief Minister Uddhav Thackeray can take such a decision, why was the permission not denied for a similar congregation in Delhi and who approved it?” he asked.

The former Union Minister also took a dim view of the media hype over the Nizamuddin event. Why was it so necessary for the media to hype it? It unnecessarily targets one community in the country, he said.

So far, more than 400 COVID-19 cases and about 15 deaths in the country have been found to be linked to the religious congregation held at the Nizamuddin headquarters of the Tablighi Jamaat last month.

At least 9,000 people participated in the religious congregation in Nizamuddin last month, after which many of the attendees travelled to various parts of the country. Action against foreign Tablighi Jamaat members was taken after over 2,300 activists, including 250 foreigners, were found to be living at its headquarters in Nizamuddin West last week, despite the 21-day nationwide lockdown imposed to check the spread of the deadly coronavirus.