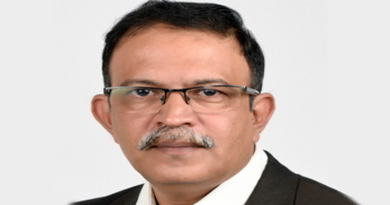 While the influence of technology has permeated every industry and sector conceivable, whether it’s Banking, Manufacturing or Healthcare, the role technology is playing in shaping the real estate & construction industry is of transformational nature. Of particular interest is the role new-gen technologies like Blockchain, Internet of Things (IoT), Machine learning, Artificial Intelligence and Robotics are playing in shaping the industry. And among them Blockchain related technologies seems to be most talked about and most misconstrued as well. Industry pundits, across the globe, seem to reckon that Blockchain could have a large and lasting impact on the way real estate gets done, but it requires big changes, not just minor tweaks.

Estimates peg the global market for Blockchain at $708 million in 2017, anticipating it to reach anywhere close to $60.7 billion in 2024. Hence the impact this technology is poised to play in the near future cannot be undermined. However, before we delve any further on how Blockchain is set to impact the industry, we need to understand the underlying technology. At the core of it, Blockchain is a digital ledger containing digital record of transactions, maintained by a network of computers. This means information of a financial or non-financial transaction is shared with a decentralised network and validated by the entire network. With Blockchain technology, one can transfer assets digitally without the need for a central verifying authority. This is in itself is a revolutionary way of doing things. A Blockchain framework effectively reduces the chances of data manipulation and leaves lesser scope for a hacker to corrupt the computer system.

While the legality of cryptocurrencies is still being debated in India, companies have begun shifting focus to the utility of Blockchain technology. According to an industry report, 56% of Indian businesses are inclined to make Blockchain a part of their core business. You may ask, how does it all Pan-out for the real estate & construction industry? The answer is that, Blockchain could open up newer models of ownerships like shared ownership helping first time buyers to purchase only part of property and proportionately earn rental incomes on the same.

In the construction industry, which requires bringing together large teams to design and shape the built environment the potential uses of this technology can be a real differentiator. With technology and in particular Building Information Modeling (BIM) becoming more widespread, openness to collaboration and new ideas is increasing across the industry. This momentum could be leveraged to bring the use of Blockchain technology to the fore. The potential uses of Blockchain, among many could be: Recording Value Exchange; Administering Smart Contracts; Combining Smart Contracts to form a Decentralized Autonomous Organization (DAO); and finally certifying proof of existence for certain data.

Hence, through this technology there is an opportunity to create a leaner procurement method which better engages the individuals who make up a project team. This will result in reducing costs by removing intermediaries, where a client has more control and transparency of cost, time and scope on their project.

A Blockchain-powered online ledger could overcome complications on multiple owners by securely and reliably tracking the size and value of individual stakes in the property in the same way as stock in companies is recorded on exchanges. Incorporated into land dealings and real estate, Blockchain could provide immense business opportunity in the future making way to a reliable property search, efficient management of property and cash flows. Blockchain integration constantly records and shares information to address traditional process inefficiencies in the commercial real estate industry.

While there are more advantages to it, there are few hurdles that the industry collectively needs to address before capitalising on the benefits of Blockchain. The adoption of Blockchain in real estate would require legislative changes, standardisation and education around Blockchain concepts so that every stakeholder understands the various stages of the transaction. The success or failure of this attempt will surely determine how government organizations feel about implementing these solutions in the future.

As per analysts, putting India’s land records on Blockchain would greatly increase efficiency and reduce fraud. While the Indian government has renewed its interest in digitizing land records through the Digital India Land Records Modernization Programme (DILRMP), the implementation of a distributed ledger first to digitize existing land records and set the precedent for future transactions ensures a legitimate, government-approved record of transactions.

It’s heartening to see that some of the Indian states have taken the lead in adopting this technology to solve real-world problems, which include – Karnataka, Andhra Pradesh, Telangana, Maharashtra, Gujarat and Rajasthan. While the adoption of Blockchain is still in a nascent stage and the world is still experimenting, it will undoubtedly create a new platform with a scope of positive outlook in the real estate market. With digital transformation taking place everywhere, Blockchain is all set to revolutionize the real estate sector, thereby bringing in reforms in the country.