The protest against Bollywood actor Shah Rukh Khan that gained ground in Madhya Pradesh seems to be spreading across the neighbouring state of Uttar Pradesh. The Vishwa Hindu Mahasangh in Uttar Pradesh’s Banda has burnt the effigy of the actor in a protest against his upcoming movie Pathaan.

The group also burnt the effigy of Deepika Padukone, who is the co-star of Shah Rukh Khan in the film. 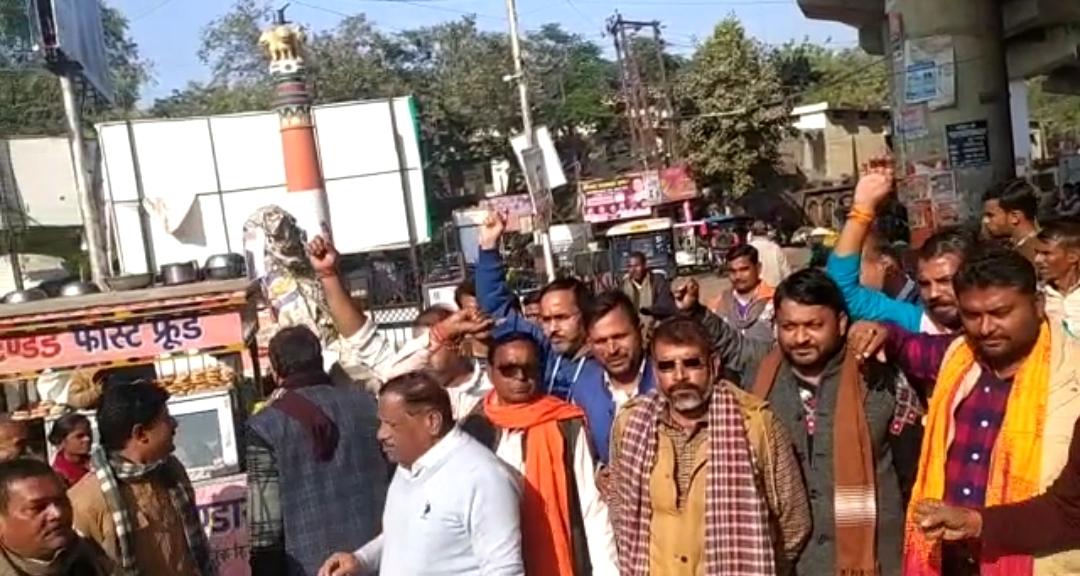 Vishwa Hindu Mahasangh has appealed to the movie theatres not to show Shah Rukh’s upcoming film in their theatres so as to prevent protests against them.

One of the members of the Vishwa Hindu Mahasangh, Mithilesh Shukla, said “In Pathaan, Shah Rukh and Deepika have downplayed the “Nari Shakti” (women empowerment), women are meant to be revered; however, woman in the film has been shown in an improper way, which seems as an attempt to humiliate Sanatan dharma.”

“Vishwa Hindu Mahasangh would not tolerate any attempt to defile the character of the women, and the group will protest against anyone who ever tries to do it,” said the leader.