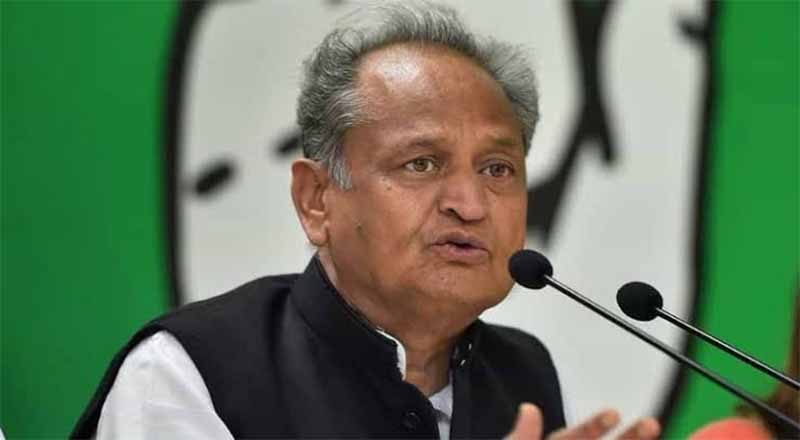 There is a growing fake vaccination racket, Rajasthan Chief Minister Ashok Gehlot on Saturday said the Centre should make a provision of life imprisonment for those involved in manufacturing or administration of fake Covid vaccines.

His statement came after the arrest of four people, who allegedly duped a housing society in Mumbai’s Kandivali by organising a coronavirus vaccination camp fraudulently in the name of a private hospital.

‘The reports of fake vaccination drive in Mumbai are worrying. Earlier, there were reports of fake Remdesivir being administered at many places. Such gangs are playing with people’s lives. The central government should immediately bring an ordinance and make provision for life imprisonment for such criminals,’ Gehlot tweeted.

There was similar incidents in Mumbai, the panic is a fallout of the fraudulent Covid-19 vaccination drives conducted at nine locations in Mumbai, including the Hiranandani Heritage Society in Kandivli, whose residents were the first to question the validity of the vaccines.

The society had reportedly paid R5 lakh to two agents-Rajesh Pandey and Sanjay Gupta of SP Events. Suspicions arose after none of the 390 residents developed post vaccination side effects or received their certificates. Subsequently, other scams came to light. Ramesh Taurani, founder of Tips Industries Limited, complained that 365 of his employees got vaccines on May 30 and June 3, but never received the certificates.

The vaccination drive in Kolkata held at least three phony vaccination camps may now be charged with attempt to murder. Kolkata Police will appeal to court today to add Section 307 to the list of charges.The police say that instead of the Covid vaccine, Debanjan Deb gave people shots of the anti-biotic Amikacin without checking for allergies that could prove fatal for them.

Chief Minister Mamata Banerjee herself is believed to have instructed the commissioner of Kolkata police to add the attempt to murder case. She has also reportedly told him that no one associated with the fraud should be spared.

At previously held event Maha Kumbh in Haridwar, Max Corporate Services had approached the Uttarakhand High Court against the FIR filed against it in connection to the alleged fake coronavirus tests conducted during Kumbh Mela.

A top Kumbh Mela official on Wednesday ordered a probe into the Covid-19 tests carried out during the Mahakumbh after reports that the private labs contracted by the Haridwar district administration generated fake reports to meet targets.

Seeking protection from coercive measures, the firm claimed it was a service provider who signed contracts with ICMR-accredited labs. Sample collection was done under health authorities’ supervision, it added.