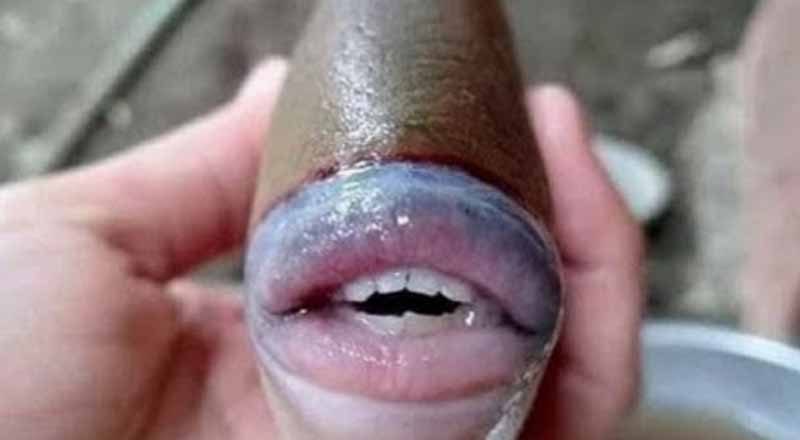 A Twitter user recently surprised netizens with a picture of a weird-looking fish captured in Malaysia. What makes this fish different from other species is its human-like features, including mouth with lips and teeth. Ever since the picture was posted online, it went viral, leaving people astonished at the fish. The post has received a lot of traction, with around 14 thousand likes and eight thousand comments.

While some people compared their faces to the fish, others added some more human beauty features to the fish. This fish is known as Trigger Fish, abundantly found in the Indo-Pacific region, can be easily spotted in South East Asian water bodies.

While there are 40 different species of the Trigger Fish found in the water bodies, most of these have an oval-shaped body with a large head. They are known for their strong- jawed mouth and teeth, capable enough to crush shells. These are known as Trigger Fish as they have two dorsal spines, out of which the anterior one can be ejected only when the second one is depressed, which is also known as ‘trigger’ spine.