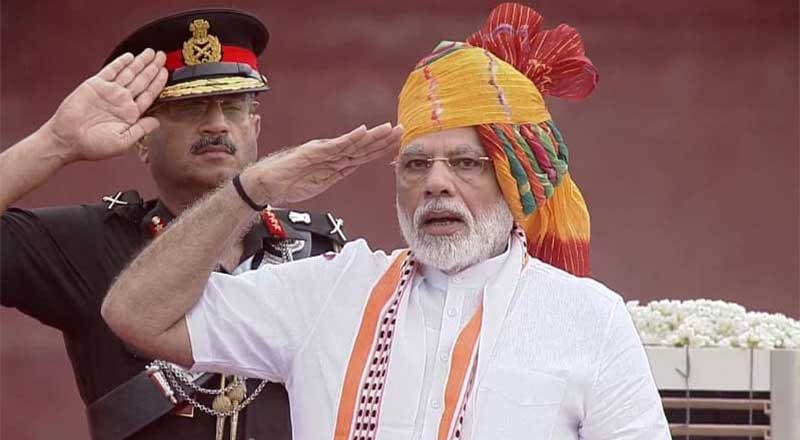 Prime Minister Modi announces post of Chief of Defence Staff, to be above three service chiefs and  Modi invokes the wisdom of Babasaheb Ambedkar and Sikh icon Guru Nanak and says we should live by their ideals. We know that our goals are as high as the Himalayas, our dreams are more than innumerable stars,” he says.

Our strength is as infinite as the Indian Ocean, our efforts are as sacred as the current of the Ganges, are continuous. And the biggest thing, behind our values is the inspiration of thousands of years old culture,” he says, as he ends his speech with chants of “Jai Hind!” and “Bharat Mata Ki Jai!”

On improving infrastructure, PM Modi pledges Rs. 100 lakh crore for the development of modern infrastructure. Today, modern infrastructure is being built as per the requirement of the 21st century in the country. He further says, India does not want incremental progress. A high jump is needed , our thought process has to be expanded. We have to keep in mind global best practices and build good systems,” says PM Modi. He also spoke on the changing aspirations of people.

“Today, the Government in India is stable, policy regime is predictable. The world is eager to explore trade with India. We are working to keep prices under check and increase development. The fundamentals of our economy are strong,” he adds. The fundamentals of our economy are very strong and these strengths assure us to take them forward,” he says.