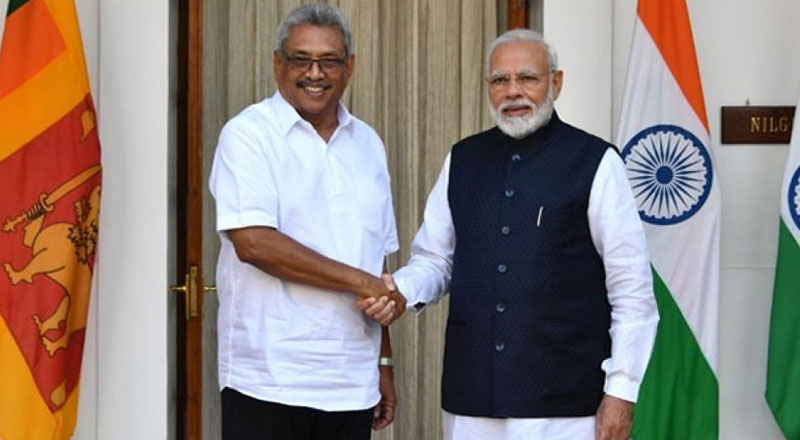 According to a claim put forward by a senior Sri Lanka official before a Lankan parliamentary panel, Prime Minister Narendra Modi allegedly pressured President Gotabaya Rajapaksa to award a power project to the Adani Group. But as the controversy spiralled, the official retracted the claim.

Sri Lanka President Rajapaksa has however “vehemently” denied the allegation.

The retracted claim is related to a 500-megawatt renewable energy project in the island nation’s northern Mannar district. MMC Ferdinando, the Chairman of Sri Lanka’s Ceylon Electricity Board (CEB) while appearing before a parliamentary panel in Colombo on Friday claimed that during his conversation with Rajapaksa, the President had told him that Modi had put pressure on him to award the project to the Adani Group.

Ferdinando was addressing the Committee on Public Enterprises (COPE), where he was heard saying that Rajapaksa “told me that he was under pressure from Modi”. The senior official told the committee that the President had asked him to give the project to the Indian company.

The discussion between Rajapaksa and Ferdinando had allegedly taken place when he was summoned by the President following a meeting chaired by him.

Ferdinando however withdrew his statement, a day after his appearance before the panel, claiming he had become “emotional” due to some of the questions he was asked that appeared to insinuate wrongdoing by him.

Rajapaksa, meanwhile, issued a swift denial, first on Twitter, where he said: “Regarding the award of a Wind Power Project in Mannar, I categorically deny authorisation to award this project to any specific person or entity. I trust responsible communication in this regard will follow.”