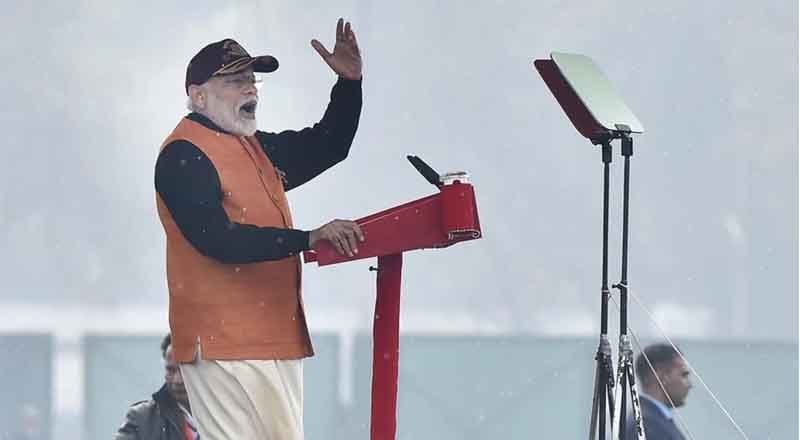 Prime Minister Modi is confident that India is now capable of making its arch rival Pakistan “bite the dust” in less than 10 days in any new war.

The nuclear-armed neighbours have fought three wars and last February came close to a fourth with tit-for-tat airstrikes sparked by an attack on CRPF soldiers in Kashmir’s Pulwama.

“Pakistan has already lost three wars to us. Our armed forces will not take more than 7-10 days to make Pakistan bite the dust,” PM Modi said in a speech to military personnel on Tuesday.

Wearing a maroon National Cadet Corps baseball cap at the event in the capital, the Prime Minister said India’s new prowess was thanks to what he called “youthful thinking”.

He said that India’s surgical strike in 2016 and an air strike on a terror camp in Balakot last year were evidence of this.

“This is ‘youthful thinking’. We carry out surgical strikes and take on terrorists in their homes,” PM Modi said.