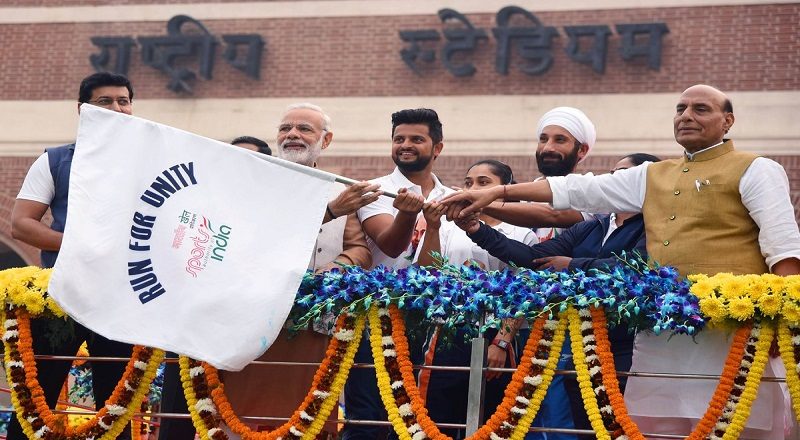 The Prime Minister Shri Narendra Modi, along with Shri Ram Nath Kovind, and Shri Venkaiah Naidu, today offered floral tributes at the statue of Sardar Patel, at Patel Chowk in New Delhi, on the occasion of 147th birth anniversary of Sardar Vallabhbhai Patel.

Speaking on the occasion, the Prime Minister recalled the contributions of Sardar Vallabhbhai Patel, especially in uniting the nation. The Prime Minister asserted that the youth of India respect Sardar Patel, and his contribution towards the building of our nation.
The Prime Minister said that India is proud of its diversity, and occasions such as “Run For Unity” offer us an opportunity to reinforce that sense of pride and oneness.

The Prime Minister later flagged off the “Run For Unity” from Major Dhyan Chand National Stadium. The massive participation in the Run For Unity shows that youth remembers him and his contributions both before and after Independence.

The marathon was first started by the Gujarat Government in 2013, when Shri Narendra  Modi was the chief minister. It is now organized across the country.