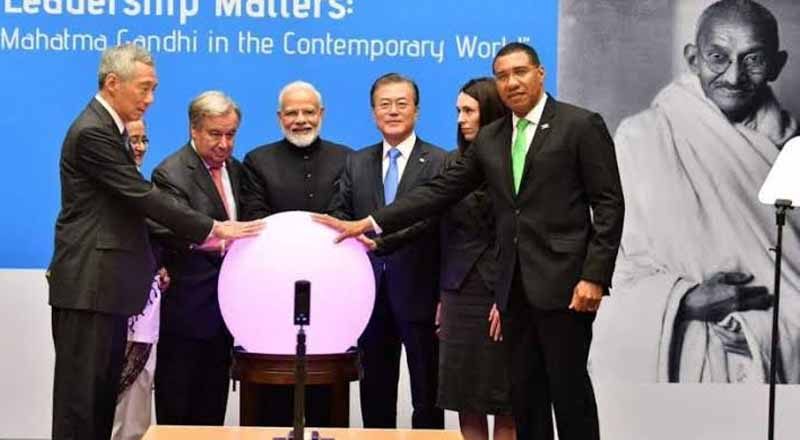 The world leaders also released a postage stamp on Mahatma Gandhi, commemorating his 150th birth anniversary at the program – ‘Leadership Matters: Relevance of Mahatma Gandhi in the Contemporary World’.