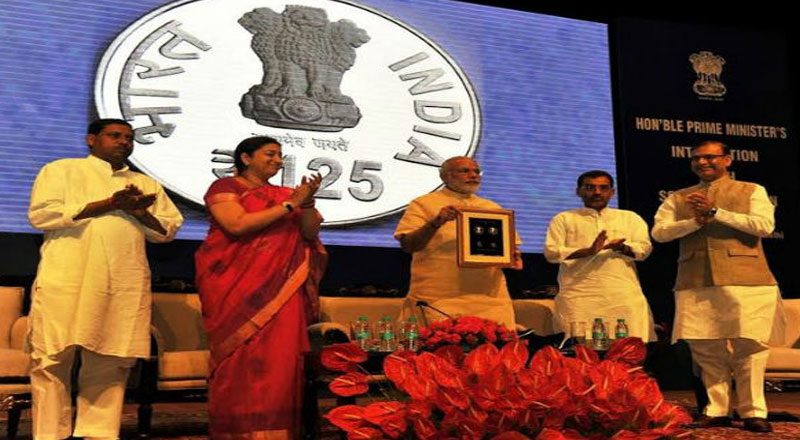 Prabhupada was the founder of the International Society for Krishna Consciousness (ISKCON) commonly known as the ‘Hare Krishna movement’.

Releasing the coin, PM Modi said, “Today we are celebrating 125th birth anniversary of Srila Prabhupada. It is as if the joy of meditation/devotion and contentment have come together. Millions of followers of Srila Prabhupada Swami and Krishna devotees are experiencing this feeling today all over the world.”

The Prime Minister praised the religious organization and said it has played the role of a brand ambassador of Indian traditions and values.

Quoting former prime minister Atal Bihari Vajpayee, PM Modi said that Prabhupada arrived in New York with little idea about his next meal or where he will stay, and his subsequent success in popularising ISKCON is no less than a miracle.

ISKCON has told the world that for India, faith means zest, enthusiasm and faith in humanity, he said, and also lauded its service to people during various crisis, including the COVID-19 pandemic.

Prabhupada was not only an extraordinary devotee of Lord Krishna but was also a devotee to India, Modi said, noting his association with the freedom movement.