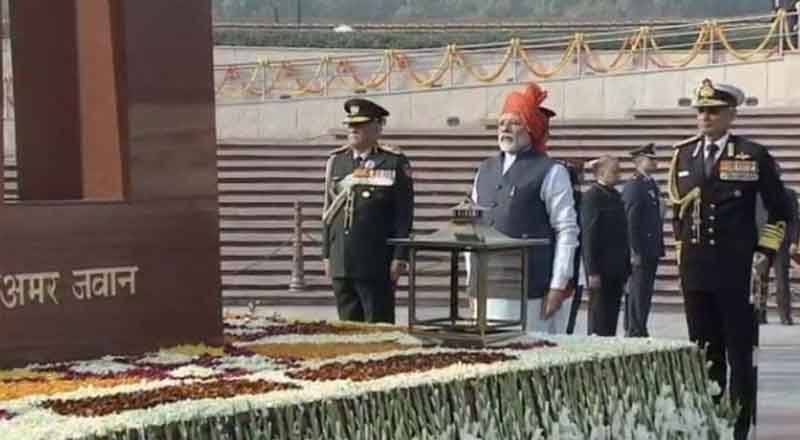 On the occasion of the 71st Republic Day on Sunday, Prime Minister Narendra Modi paid tributes to the brave-hearts by laying a wreath at the National War Memorial instead of the Amar Jawan.

In a bid to commemorate soldiers who laid down their lives for the country post-independence, the National War memorial was inaugurated last year in February.

India Gate was built in the memory of soldiers who fought for the British in World War I.

Prime Minister Modi, on behalf of the entire nation paid solemn tributes to the martyrs of alll the armed forces by laying a wreath.