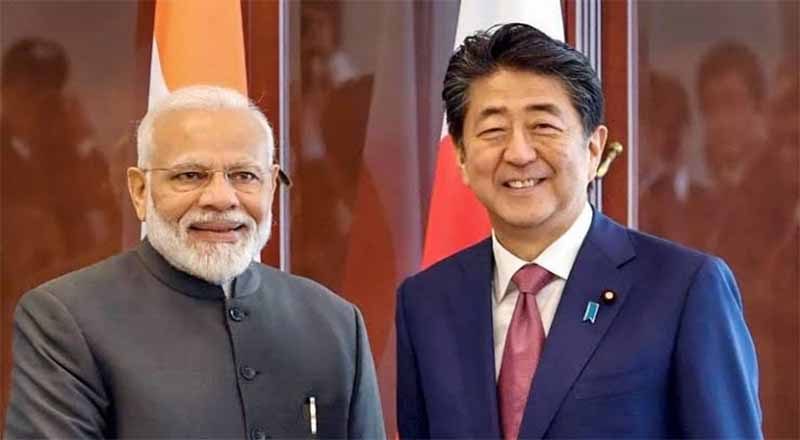 The annual summit between Prime Minister Narendra Modi and his Japanese counterpart Shinzo Abe scheduled from December 15-17 in Guwahati has been cancelled in the wake of massive protests rocking the Assam capital city over the amended citizenship law.

Earlier Japanese media outlets reported that Shinzo Abe was considering cancelling the Indo-Japan annual summit over the violent unrest that has engulfed Guwahati and other parts of Northeast.

Assam reeled under violent protests over the newly amended law which provides for granting citizenship to non-Muslim persecuted minorities from Bangladesh, Pakistan and Afghanistan. To protest, thousands of people hitting the streets defying prohibitory orders to demand scrapping of the bill.

The Citizenship (Amendment) Bill was passed by the Lok Sabha on Monday while the Rajya Sabha cleared it on Wednesday. It became law after President Ram Nath Kovind gave his assent to it on Thursday.

The government has confirmed that Japanese PM Shinzo Abe’s meeting with Prime Minister Narendra Modi that was scheduled to take place this weekend in Guwahati has been postponed.

MEA spokesperson Raveesh Kumar said in a tweet on Thursday afternoon, “With reference to the proposed visit of Japanese PM Shinzo Abe to India, both sides have decided to defer the visit to a mutually convenient date in the near future.”

Earlier Japanese media outlets reported that Shinzo Abe was considering cancelling the Indo-Japan annual summit over the violent unrest that has engulfed Guwahati and other parts of Northeast.

According to Japan’s Jiji Press, Shinzo Abe was considering cancelling his trip to India as the security situation has deteriorated in Guwahati. The Japanese and the Indian governments continue to explore the last possibility.