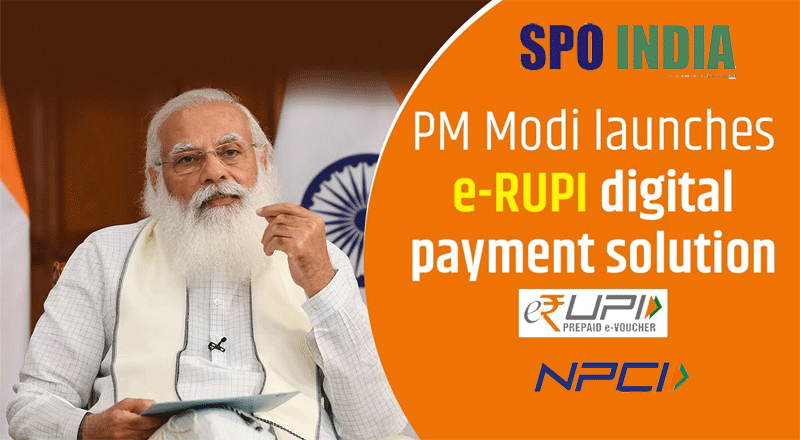 Digital technology is transforming lives in a major way and is furthering ‘Ease of Living.’ With the launch e-RUPI, a futuristic digital payment solution which offers several benefits for its users.

e-RUPI connects the sponsors of the services with the beneficiaries and service providers in a digital manner without any physical interface. It also ensures that the payment to the service provider is made only after the transaction is completed.

The Prime Minister’s Office said over the years, several programmes have been launched to ensure that the benefits reach its intended beneficiaries in a targeted and leak-proof manner, with limited touch points between the government and the beneficiary.

The PMO said – over the years – several programmes had been launched to ensure that the benefits reach its intended beneficiaries in a targeted and leak-proof manner, with limited touch points between the government and the beneficiary.

The concept of electronic voucher takes forward this vision of good governance, it said. In its statement, the PMO has said e-RUPI is a cashless and contactless instrument for digital payment.

It is a QR code or SMS string-based e-voucher, which is delivered to the mobile of the beneficiaries, the statement said. The users of this seamless one-time payment mechanism will be able to redeem the voucher without a card, digital payments app or internet banking access, at the service provider, it said.

It has been developed by the National Payments Corporation of India on its UPI platform, in collaboration with the Department of Financial Services, Ministry of Health & Family Welfare and National Health Authority.