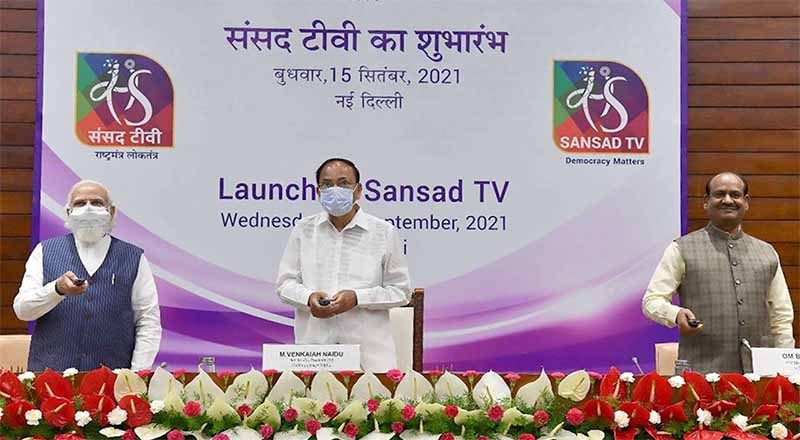 Vice President M Venkaiah Naidu, PM Narendra Modi and Lok Sabha Speaker Om Birla jointly launches the Sansad TV. The 24-hour channel, through its content, will showcase the democratic ethos and the functioning of democratic institutions of the country. The decision to merge Lok Sabha TV and Rajya Sabha TV was taken in February.

Sansad TV programming will primarily be in four categories – functioning of Parliament and democratic institutions, governance and implementation of schemes/policies, history and culture of India and issues/interests/concerns of contemporary nature.

Addressing the event, the Prime Minister lauded the transformation of the channel associated with the Parliament in accordance with rapidly changing times. “The launch of Sansad TV is a new chapter in the story of Indian democracy as, in the form of Sansad TV, the country is getting a medium of communication and dialogue which will become a new voice of the nation’s democracy and people’s representative,” the PM said.

Sources said, when Parliament is in session, Sansad TV will have two channels so that the proceedings of both the Lok Sabha and the Rajya Sabha can be aired simultaneously.