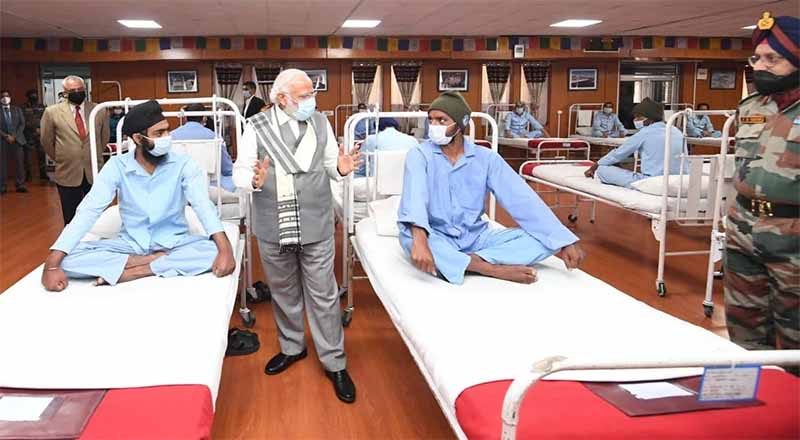 “All of you, combined have given a fine response. All of you are in hospital and may not know that 130 crore Indians are proud of you. Your strength and courage are inspiring our new generation,” the Prime Minister said. He added, “The world now knows that India’s brave hearts display such exemplary courage. Everyone is analyzing your bravery.”

“I have come here today only to greet you. By seeing you and speaking to you, I will take with me a vibe, an inspiration and our India becomes self-dependent. We have never bent before anyone and we never will,” Prime Minister Narendra Modi said.

As many as 76 jawans were injured during the Galwan Valley face-off with many of them undergoing treatment in Leh.

The PM is on a visit to Ladakh along with Chief of Defence Staff (CDS) General Bipin Rawat, and Chief of Army Staff General MM Naravane. He addressed soldiers in Nemu sector of Leh in Ladakh. In his address, the Prime Minister said, “”The age of expansionism is over. The world has moved on the path of development. The expansionist forces have ruined the world in the last century. But they have either been defeated or forgotten in the history.”