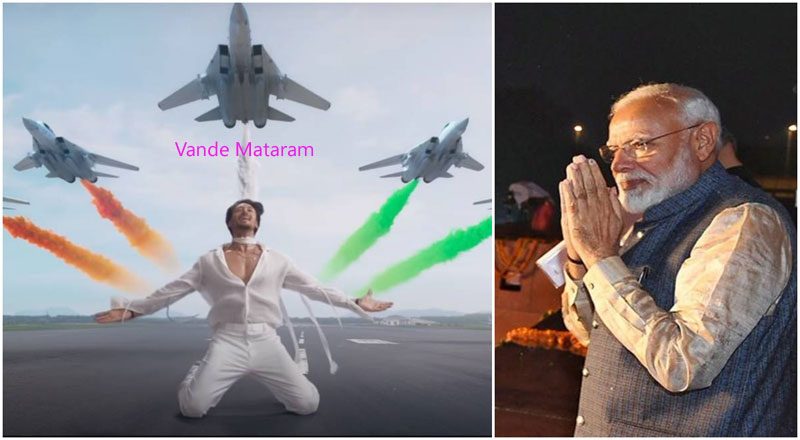 Prime Minister Narendra Modi is all praise for Bollywood actor Tiger Shroff ‘s new song. The actor is multi-talented and has now taken to singing to showcase his talent. Tiger’s new song Vande Mataram hits right on the patriotic feelings and even India’s PM is impressed.

Tiger has impressed one and all with his new song Vander Mataram. Tiger shared the song’s video on Twitter and tagged PM Narendra Modi. He wrote, “Vande Mataram…these are not mere words, but emotions. Emotions which drive us to strive to contribute towards our nation. This Independence Day, dedicating a small effort to 130 crore Indians (sic).”

PM Modi soon responded to the tweet and appreciated Tiger’s efforts. He wrote, “Creative effort. Fully agree with what you say about Vande Mataram! (sic).”

Tiger replied to PM’s tweet and wrote, “A true honour to receive your kind words Honourable Prime Minister @narendramodi Ji. Today we celebrate everything that is special about India, the spirit of #VandeMataram #UnitedWeStand. Extremely overwhelmed and grateful!(sic).”