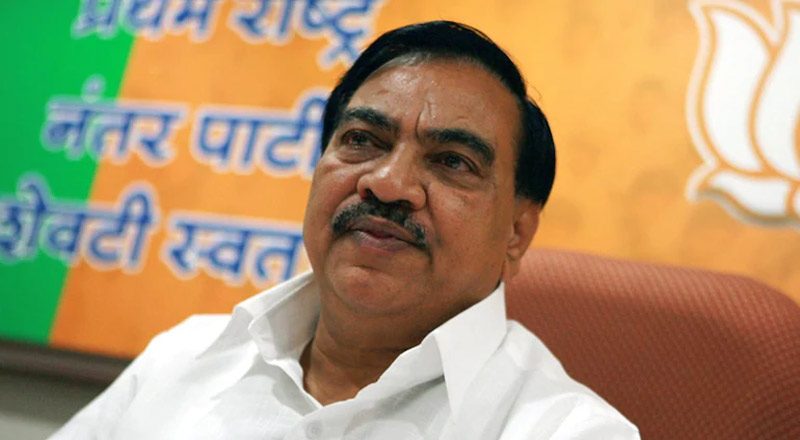 The news about political heavyweight and BJP leader Eknath Khadse walking out of BJP was doing rounds, since long. Khadse was at loggerheads with BJP for making him resign from his ministerial post in 2016, in then Devendra Fadanvis led BJP, over the corruption charges. He was sidelined since then from the party since his resignation.

Though not many were pleased with Khadse’s decision, Union Minister Raosaheb Danve, too hit out at his former party colleague and termed him as ‘not an original BJP worker’.

Danve’s statement comes two days after he praised Khadse for his contribution towards building the BJP in the state and also for his “long career” in the party.

Talking to reporters, Danve said, “Khadse was part of the Congress(S) in the late 1970s.

Sharad Pawar, who was a Congress leader then, had organised a rally from Jalgaon to Nagpur, in which Khadse had participated as a worker of that party.

He also refuted Khadse’s charges that the state unit of the BJP has become “one man’s organisation”.

“I used to discuss several contentious issues with Devendra Fadnavis when he was the chief minister.

Fadnavis even agreed to some of these issues, hence it is unfair to say that the BJP is being run by a single person,” Danve said.