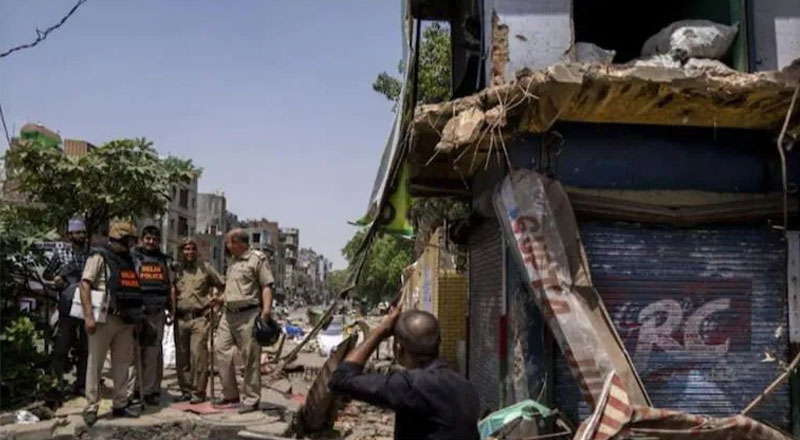 A five-member delegation of the Samajwadi Party will visit the Jahangirpuri area on Friday, where the demolition drive was carried out by the civic body.

A five-member delegation of the Samajwadi Party will visit the Jahangirpuri area on Friday, where the demolition drive was carried out by the civic body.

The delegation will submit its report to the party after “investigating” into the demolition drive carried out in Jahangirpuri.

As per sources, the TMC delegation will try to meet the families and shop owners whose shops were bulldozed on Wednesday in Jahangirpuri and could also investigate issues about the violence that broke out on April 16.

Earlier on Thursday, Congress and the Aam Aadmi Party had sent its delegations to the Jahangirpuri demolition site.

Gohil, along with Delhi Congress chief Anil Choudhary, had visited Jahangirpuri. Maken dubbed the demolition drive in Jahangirpuri as “illegal”.

Gohil confirmed to India Today that he met the Hindu and Muslim families of the area and appealed to them to maintain peace and harmony. He lambasted the Bharatiya Janata Party and accused the saffron party of trying to distract the people from real issues such as inflation and unemployment.

Meanwhile, Anil Choudhary had trained his guns at AAP and asked why Chief Minister Arvind Kejriwal is yet to visit the communal violence- hit areas of Jahangirpuri.

A couple of hours after the Congress’ delegation, the AAP delegation under senior AAP leader and Burari MLA Sanjeev Jha visited the Jahangirpuri demolition site. Jha had accused the BJP of creating a communally tense environment in the area.