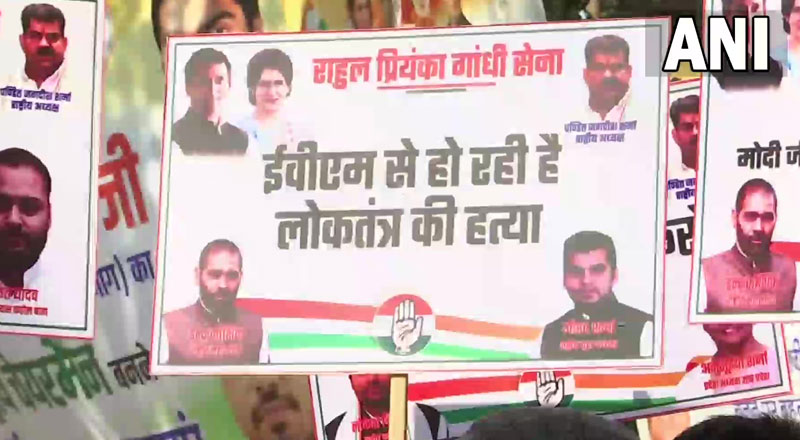 : Congress workers on Thursday staged a protest alleging “tampering with Electronic Voting Machines (EVMs)” outside the party office in Delhi as the party is trailing in all five poll-bound states as per the latest official trends by the Election Commission.

“We expected the Congress to form government in Punjab, but we didn’t get required numbers. We have to introspect about it. In Goa, Congress is leading on 16-17 seats, it’ll be the single largest party and we’ll seek support in case numbers aren’t enough,” Patil told media persons here.